A 33-year-old Andover woman faces federal charges in the destruction of a St. Paul car rental building during the unrest after the death of George Floyd in Minneapolis police custody.

On May 28 the Enterprise Rent-A-Car building at 1161 University Ave. W. was completely destroyed by an intentionally set fire, according to an affidavit filed with the criminal complaint.

Investigators with the Bureau of Alcohol, Tobacco, Firearms and Explosives examined the scene June 3 and determined the fire originated from inside the structure and was intentionally set.

White was one of three individuals allegedly involved. The other two are not named in the affidavit; one was a juvenile wearing a T-shirt that clearly said “Andover” on the front.

Security footage shows the two unnamed suspects entering and exiting the building twice around 8:45 p.m. May 28, while White waited outside the building, according to the charges. Other people also entered the building, but investigators say they exited before the fire started.

The footage shows White knocking on the front window and looking in the front door while the other two suspects remain in the building for several minutes, according to the affidavit. Investigators say the video also shows the reflection of a fire flickering in the window while the suspects are inside and shows the lobby filling with smoke less than a minute after the suspects leave the building.

White appeared to use a cellphone to capture photos or video of the fire, the charges say.

Investigators identified White and the other two suspects after seeking the public’s help and receiving multiple tips.

The ATF and FBI urge the public to report suspected arson, use of explosive devices, or violent, destructive acts associated with the recent unrest. Anyone with information specifically related to business fires in the Twin Cities can call 1-888-ATF-TIPS (1-888-283-8477), email ATFTips@atf.gov or submit information anonymously via ReportIt.com. The FBI is also looking for people who may have incited or promoted violence of any kind. Anyone with digital material or tips can call 1-800-CALLFBI (800-225-5324) or submit images or videos at Tips.FBI.gov. 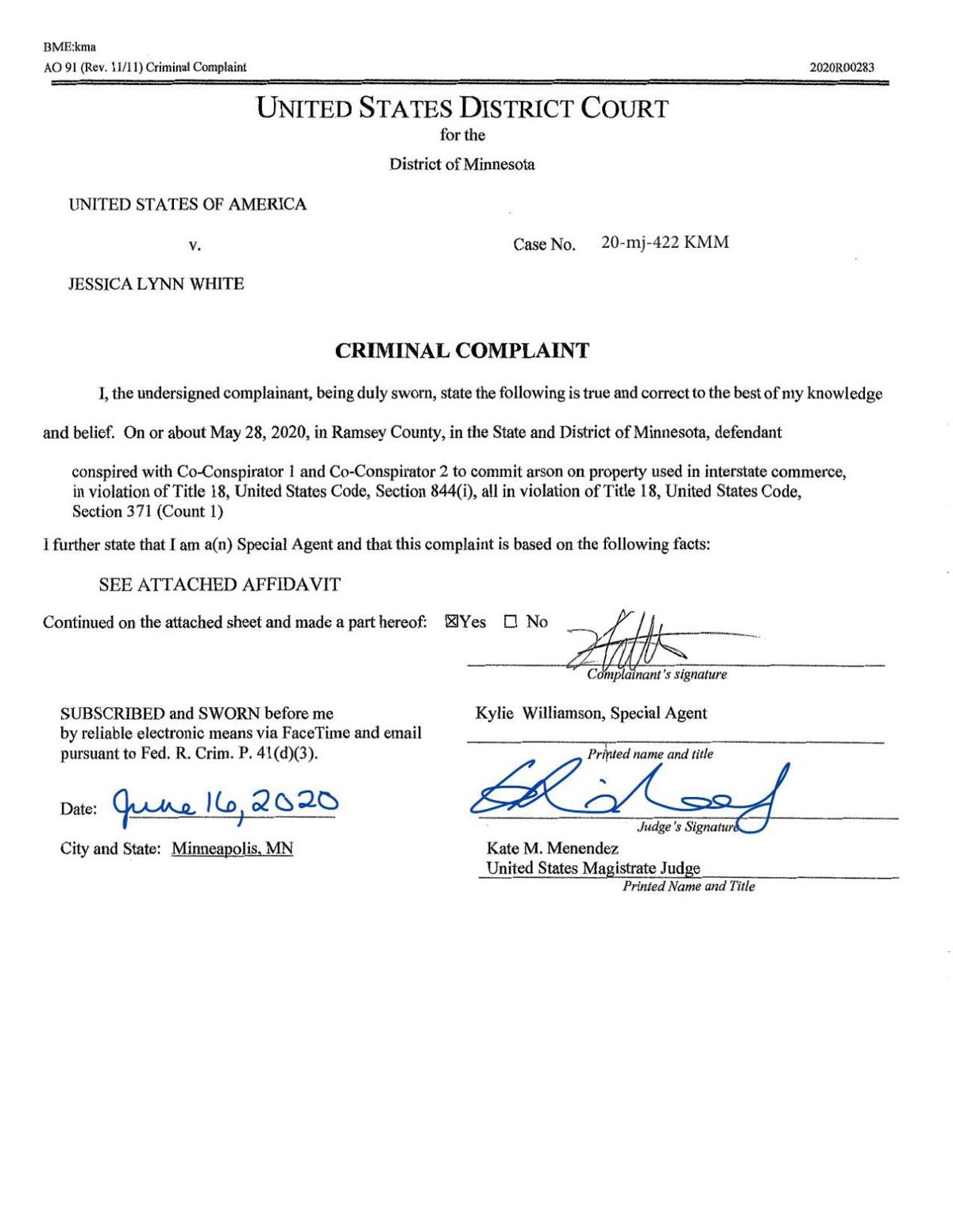