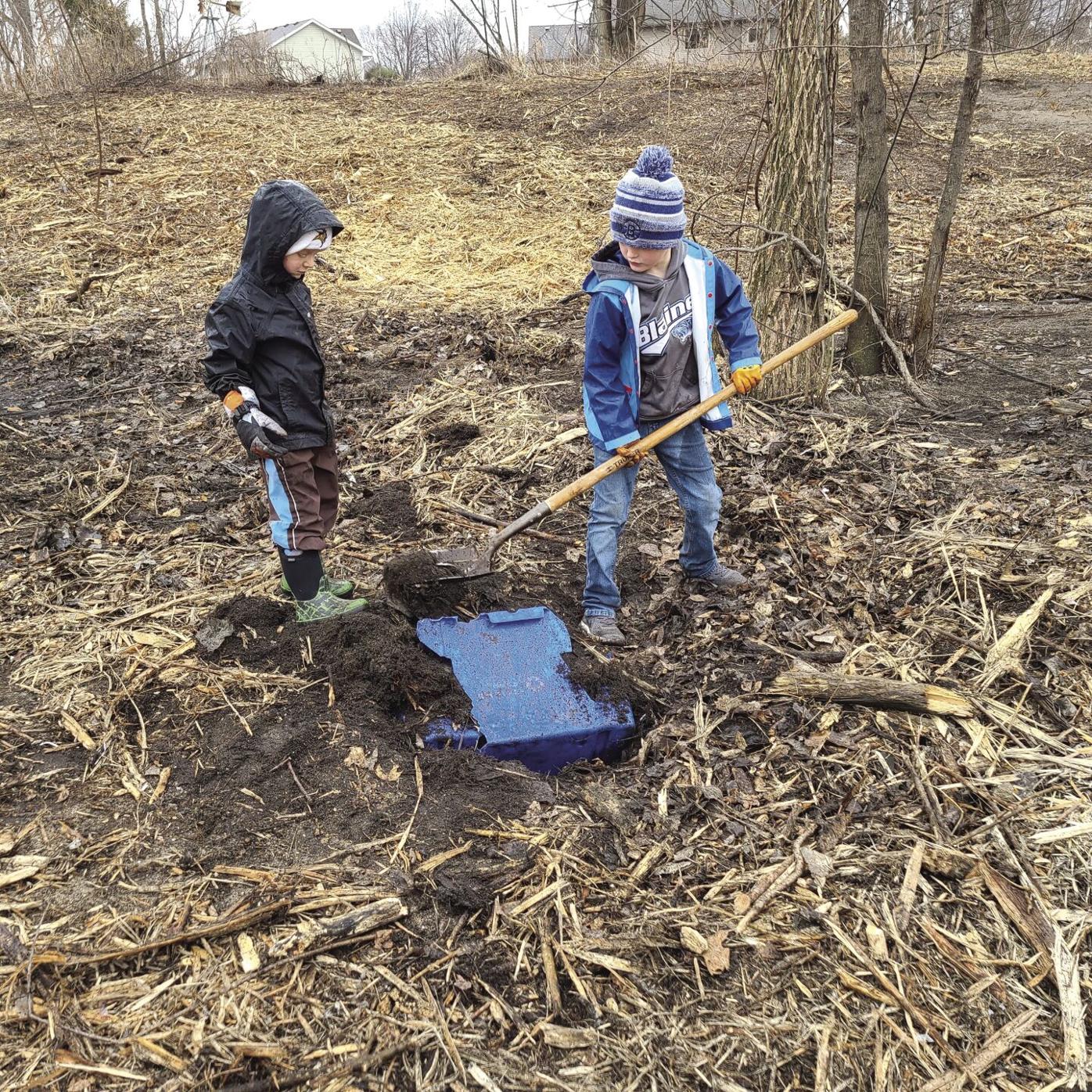 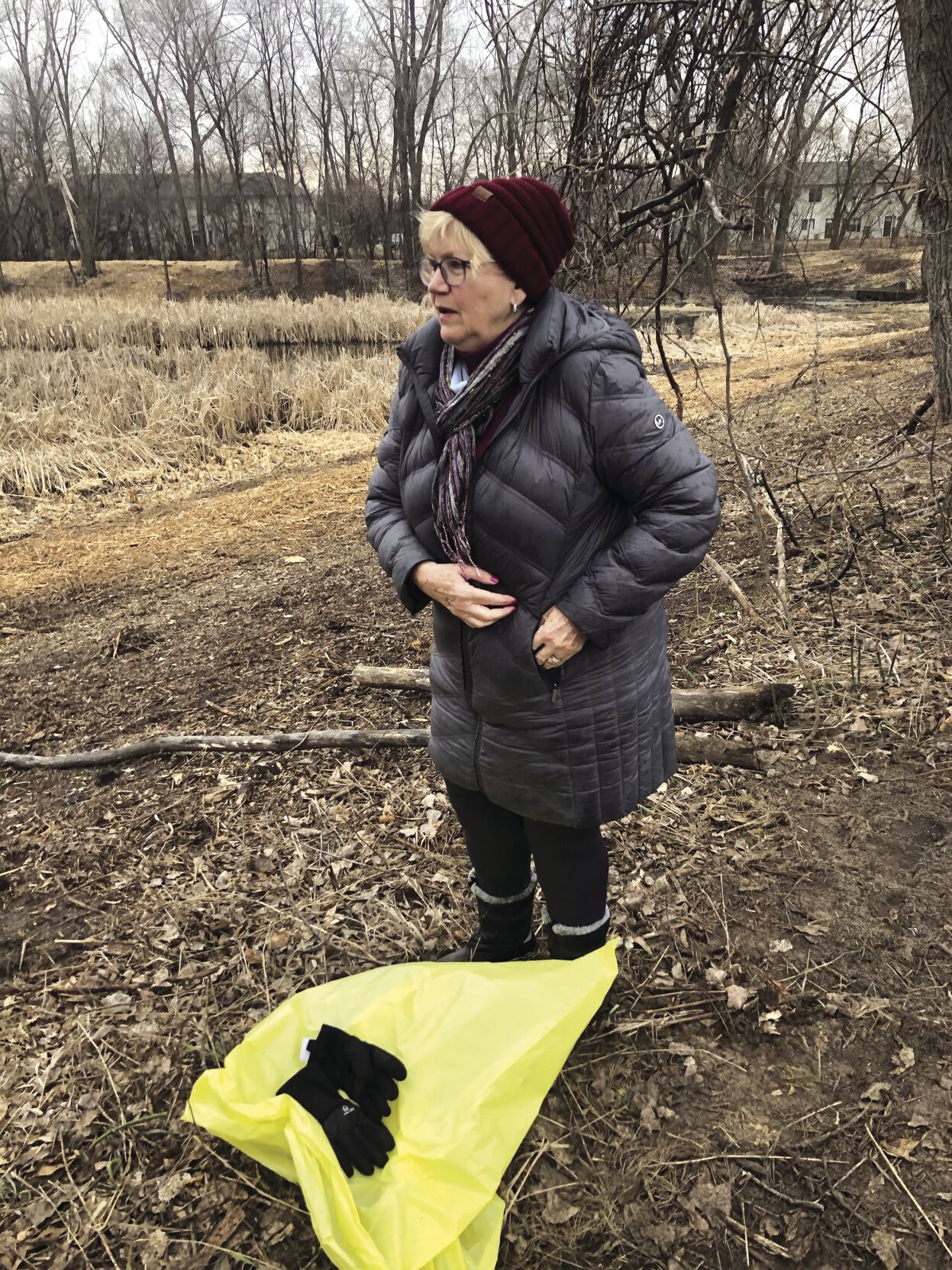 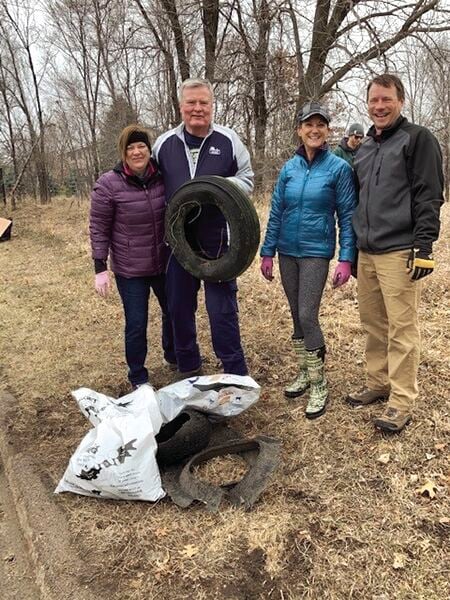 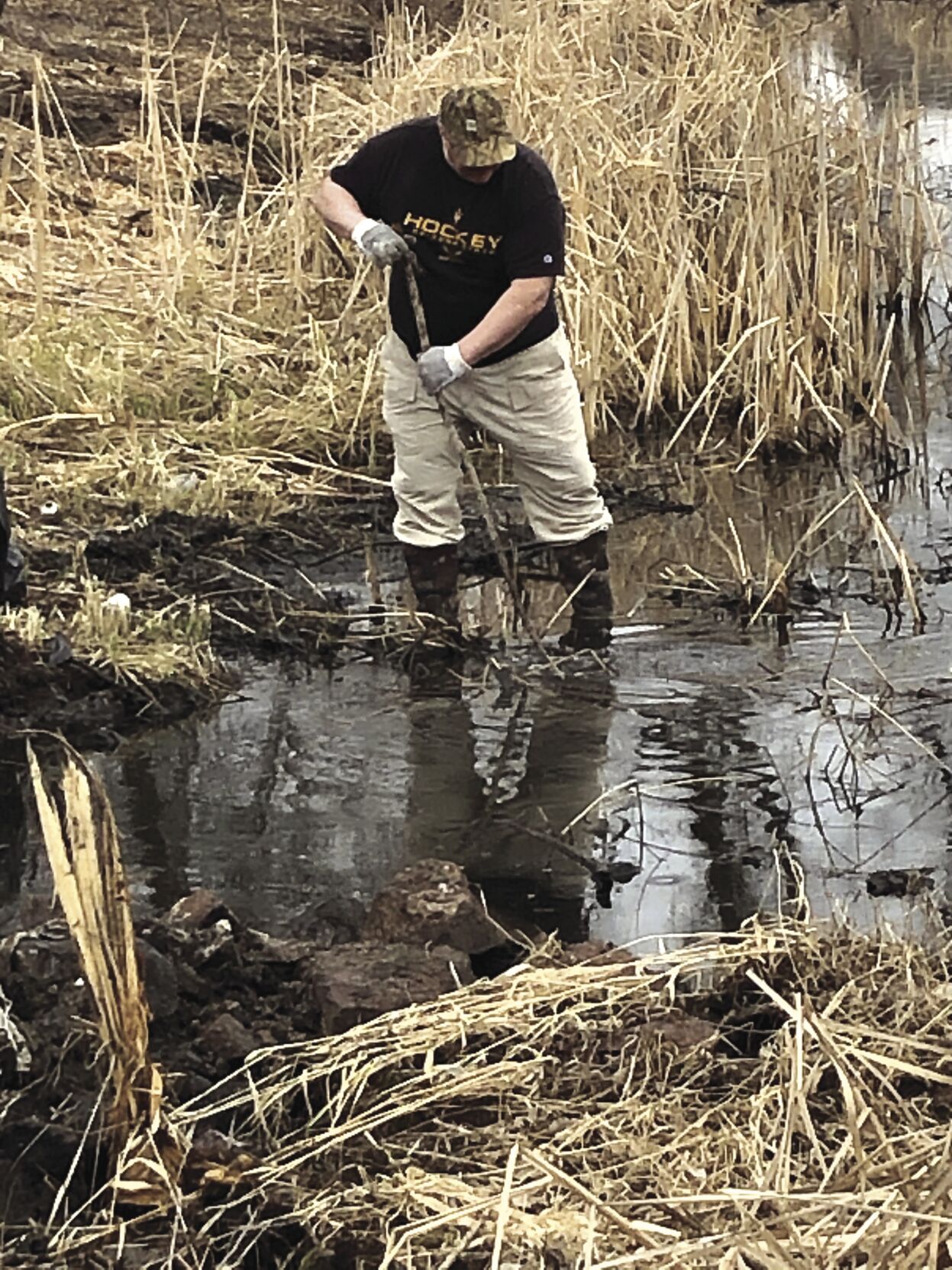 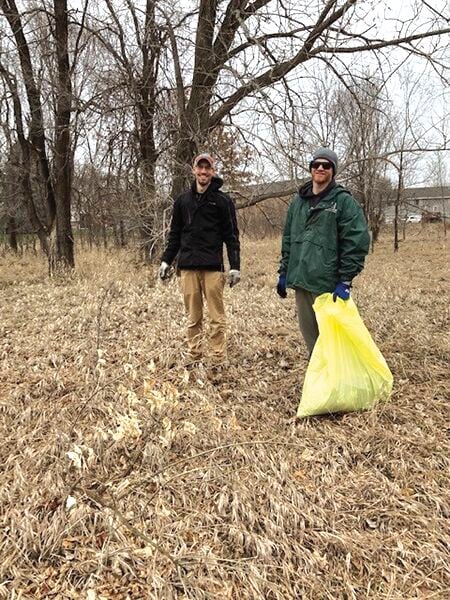 The Blaine-Ham Lake Rotary Club spent Saturday morning, March 27, braving rain to clean up a portion of Ditch 60 behind Blaine Town Center, located near the intersection of 125th and Central avenues.

In total, nineteen Rotarians and members of their families came out to help pick up trash. After two hours of hard work, club members removed roughly 400 pounds of trash from the area.

“Everyone did their part, even the youngest volunteers,” said Chris Tiedeman, president-elect of the club. “At one point they helped to dig out some buried trash! With teamwork from adults, they were able to unearth a recycling bin, adding it to a pile that included six tires, a mattress and 20 bags of smaller trash.”

The final trash pile was removed by the city of Blaine.

The Blaine Ham Lake Rotary Club has been participating in these cleanups since 2008 when they discovered Coon Creek Watershed District will partner with them by providing a site, bags and gloves. In total, their cleanups have removed almost 4 tons of trash.

“It was wonderful to be able to work outside and perform a valuable service to the community,“ said Lyn Stepaniak, president of the club.

Cleaning up trash and debris helps keep pond outlets free of trash, reducing the possibility of plugged culverts and wildlife injury, as well as staff maintenance time needed. It also keeps trash from flowing further down the stormwater system, where it could end up in other stormwater ponds or in local lakes and streams.

For more information about the Coon Creek Watershed District or cleanups visit cooncreekwd.org, email Britta Dornfeld at bdornfeld@cooncreekwd.org or call at 763-755-0975.