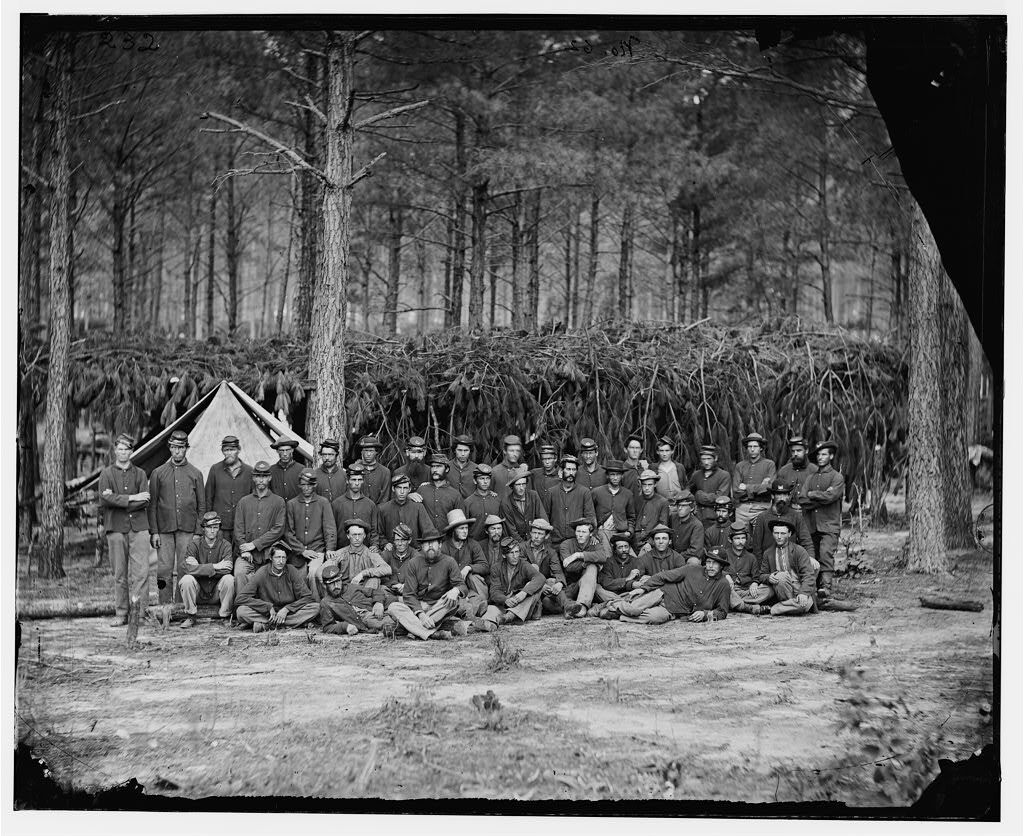 Company A, US Engineers, 1864. (Photo courtesy of the Anoka County Historical Society) 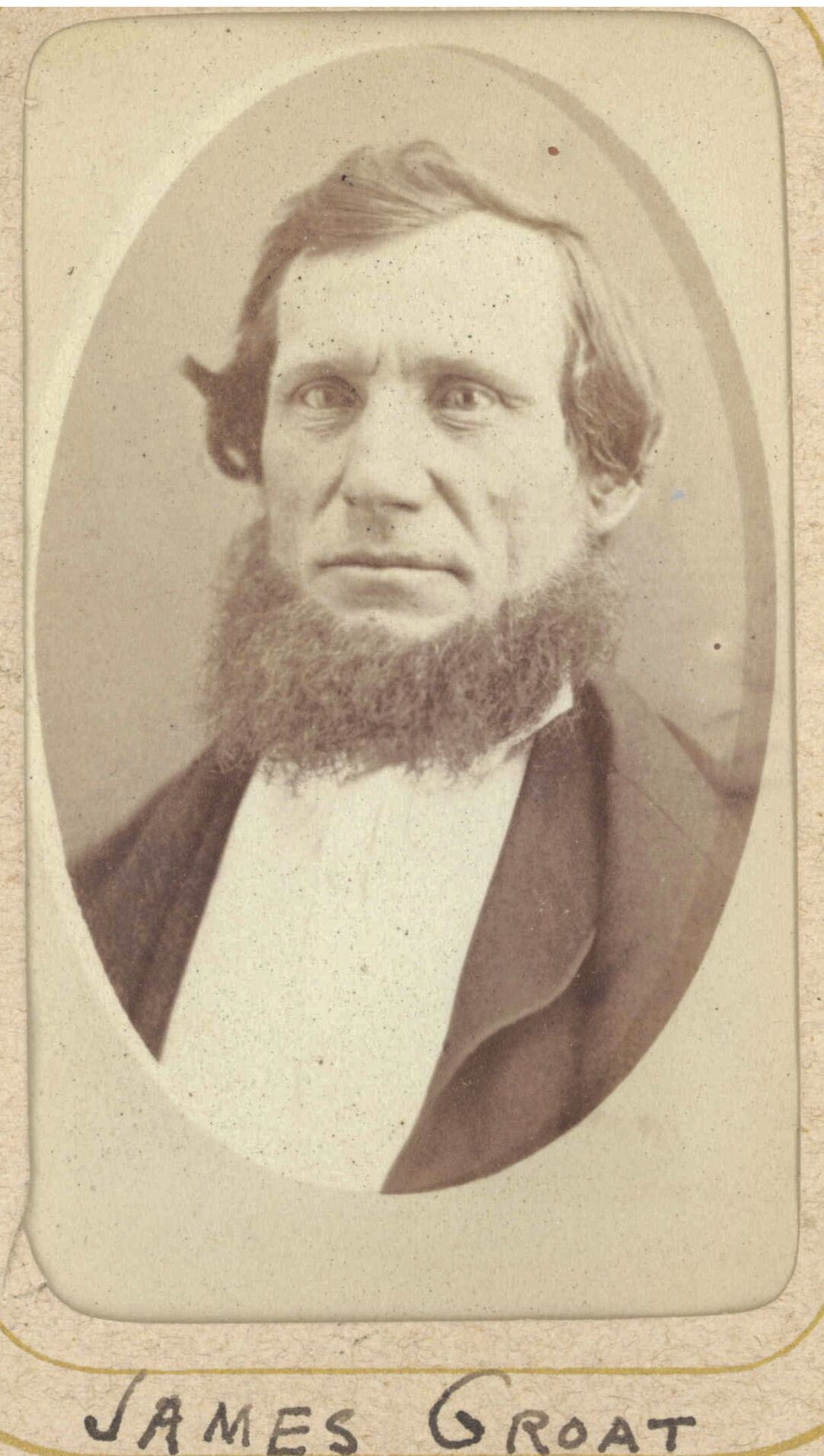 Company A, US Engineers, 1864. (Photo courtesy of the Anoka County Historical Society)

James W. Groat was the great-grandson of John Groat, who immigrated to the United States from Germany in the 1700s, eventually settling in upstate New York. Born in 1824, James married Rebecca and the family came west, settling in Anoka in 1854.

A carpenter by trade, Groat began building the first hotel in Anoka, then formed a company to run a ferry between Anoka and Champlin across the Mississippi. He even tried farming before building a house in Slaughter and Creighton’s Addition in 1857.

Groat signed up as one of the first volunteers for the Civil War from Anoka, and over three years of journeying, he logged at least one night at 81 different locations.

While serving with the 1st Minnesota, Groat accumulated many interesting stories. The fact that he was not allowed to assist fellow Union soldiers at the Battle of Balls Bluff made Groat angry (he refers to the battle as a “slaughter” and considered General Stone to be a “rank traitor”), though he continued to hold a picket line along the north bank of the Potomac River throughout the winter of 1861-1862. Another group of Union soldiers, the 82nd New York, suffered many casualties from Confederate soldiers across the river due to their “buck and ball” muskets. These weapons could not shoot across the river, so the Confederates could stand openly on the bank and pick off the Union soldiers. The regiment’s commander, General Gorman, sent in several of the 1st Minnesota (who all carried newer, Springfield rifles) at night. “The rebels next morning at break of day lined the bank of the river, looking for heads of the boys in the rifle pits and at a given signal the Minnesota boys pulled triggers, down went some eight or ten of the enemy,” recalled Groat. “Some tall running followed and in a few moments not a rebel could be seen on the opposite bank of the river.”

Groat said the following day the Confederates came under a flag of truce and “begged of us to cease picket firing, for they considered it a barbarous practice….” This struck Groat as rather hypocritical, but the two sides reached an agreement to end the sniping for the rest of the winter.

Groat stayed with the 1st Minnesota through the Battle of Antietam in September 1862. In October, he transferred to Company A of the U.S. Engineers due to a disagreement with his captain. Although he missed his friends in the 1st, he wrote that, “I have never regretted the change for I felt more at home in that army of the service.” During this part of the year, Groat also mentions a man coming down from Minnesota to bring ballots to all of the Minnesota men who were in service so they could vote in the election that year. “After receiving my vote Mr. Genks handed me a nice package from my wife, which I prized much,” wrote Groat.

Of the three field visits made by President Lincoln, Groat recalls the happiest as occurring on April 8, 1863, when “the whole arm[y] of the Potomac fell in line for the grand review.” “The line was over four miles long, two, and some of the way, four ranks deep,” Groat described. “That vast line of blue, with bright bayonets fixed, was grand to behold, and as President Lincoln passed down our front a lusty cheer when up from a hundred thousand loyal throats.”

Not long after this review, Groat found himself once again back on the front lines near Fredericksburg for the Battle of Chancellorsville; his battalion had put up a bridge, but soon the Army of the Potomac was pulling out of the area to the northern shore of the river. Groat, waiting on the south shore to cut the ropes of the bridge, had a close encounter when “a tall confederate soldier came within a few feet of me and brought his musket down to ‘order arms.’”

“After looking at each other a moment, the order came, ‘cut the ropes’, I was not many moments severing every cord, and the current soon carried the bridge and myself to the other shore [many of these were floating bridges],” Groat continued. “I breathed easier then. Why the rebel did not shoot me, or take me prisoner, is more than I can tell.”

Groat had a quiet last two months in the service. He mustered out with an honorable discharge and a good recommendation from his commander on April 28, 1864, though he turned down an offer of a commission should he stay. Groat died in 1895, just a few weeks shy of his 71st birthday. He was survived by his wife, three of his sons, and grandchildren.

You can find Groat’s memoir, written in 1889 based on diaries he kept for 30 years, at the Anoka County Historical Society. This information is part of a program called, “Journeys From Anoka County.”

Rebecca Ebnet-Desens is the executive director of the Anoka County Historical Society.