Students sit outside Franklin Elementary School in October 1940 for their school photo. They are staring into the sun, and most are shielding their eyes or looking away from the camera. (Photo courtesy of the Anoka County Historical Society) 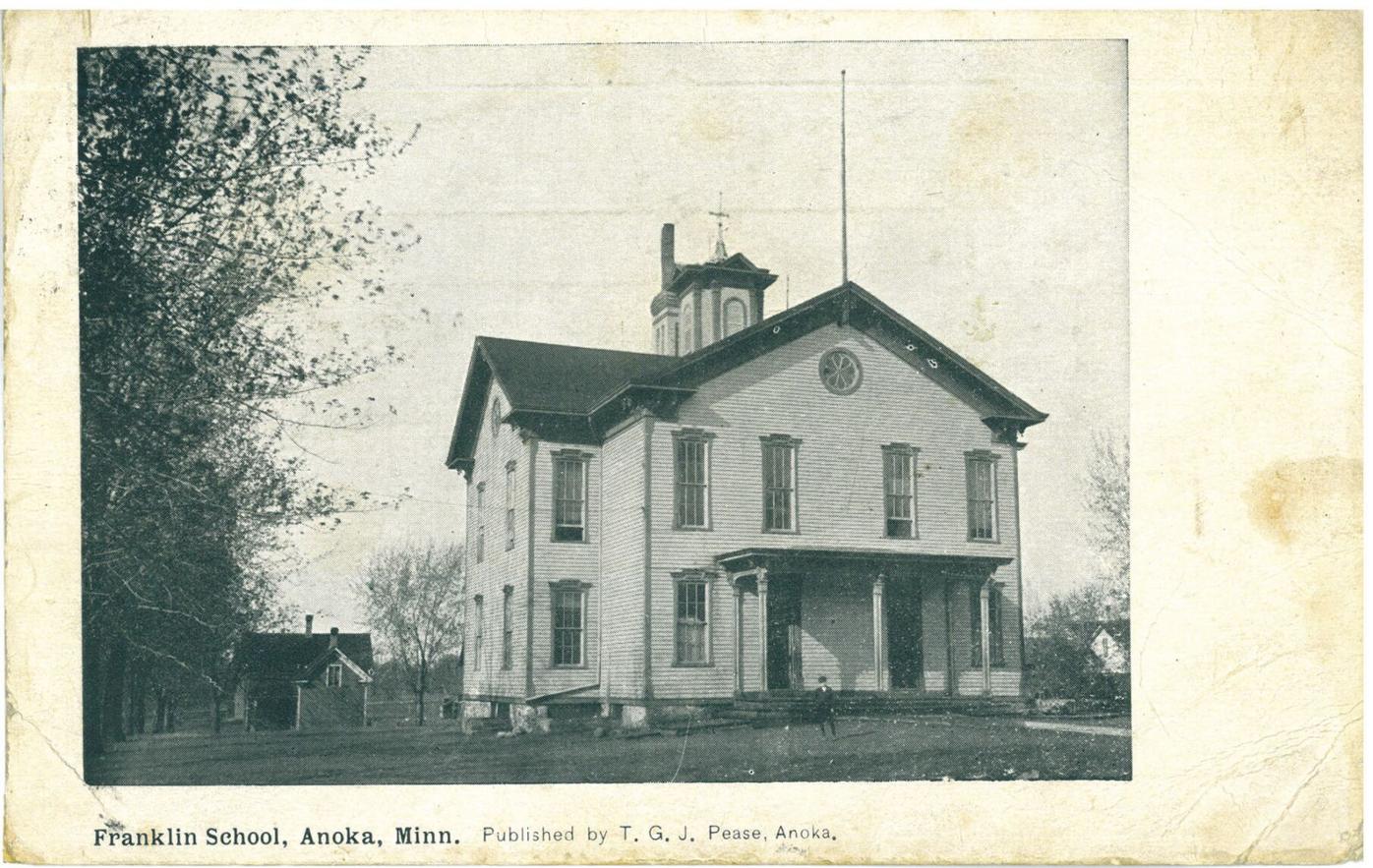 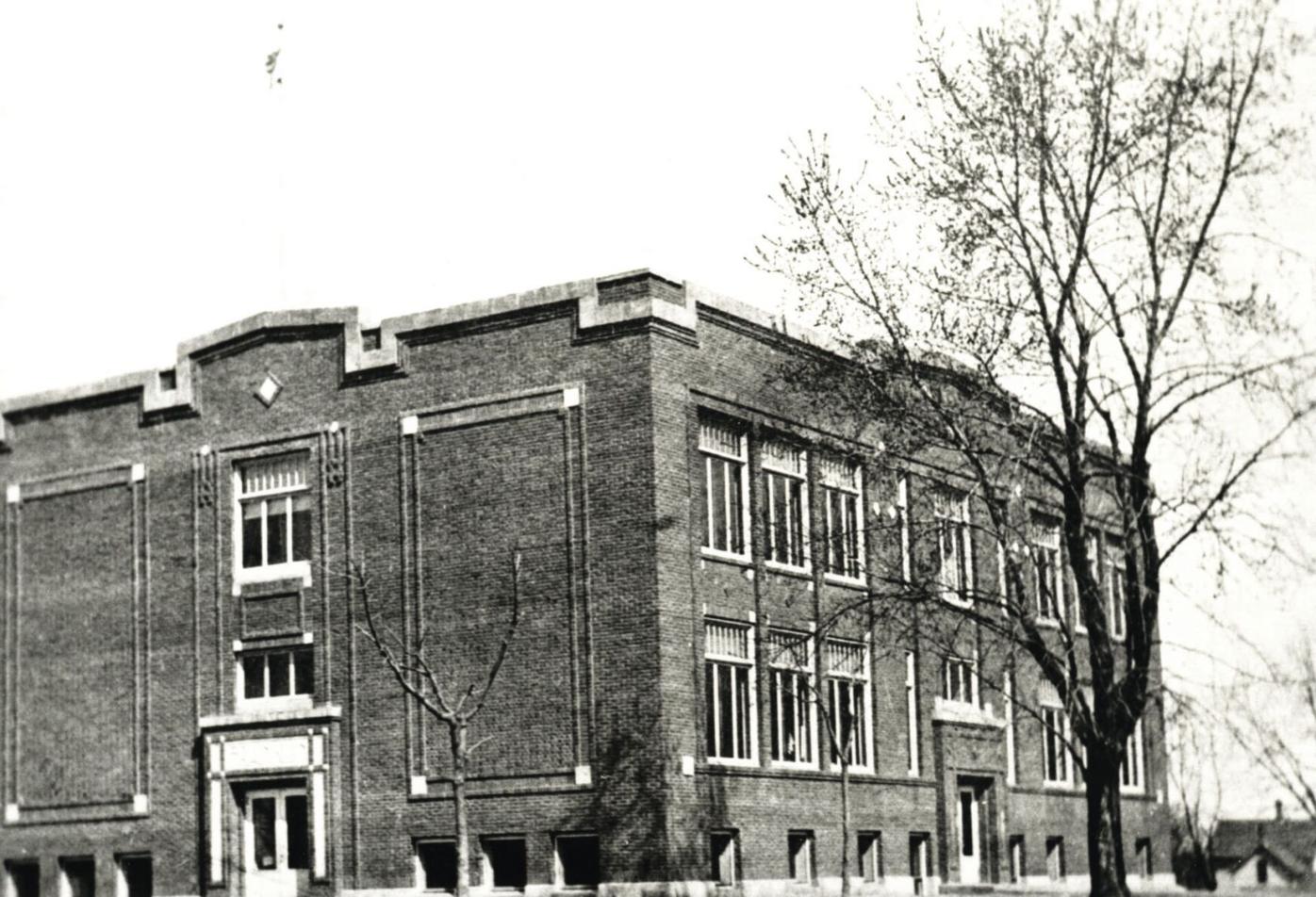 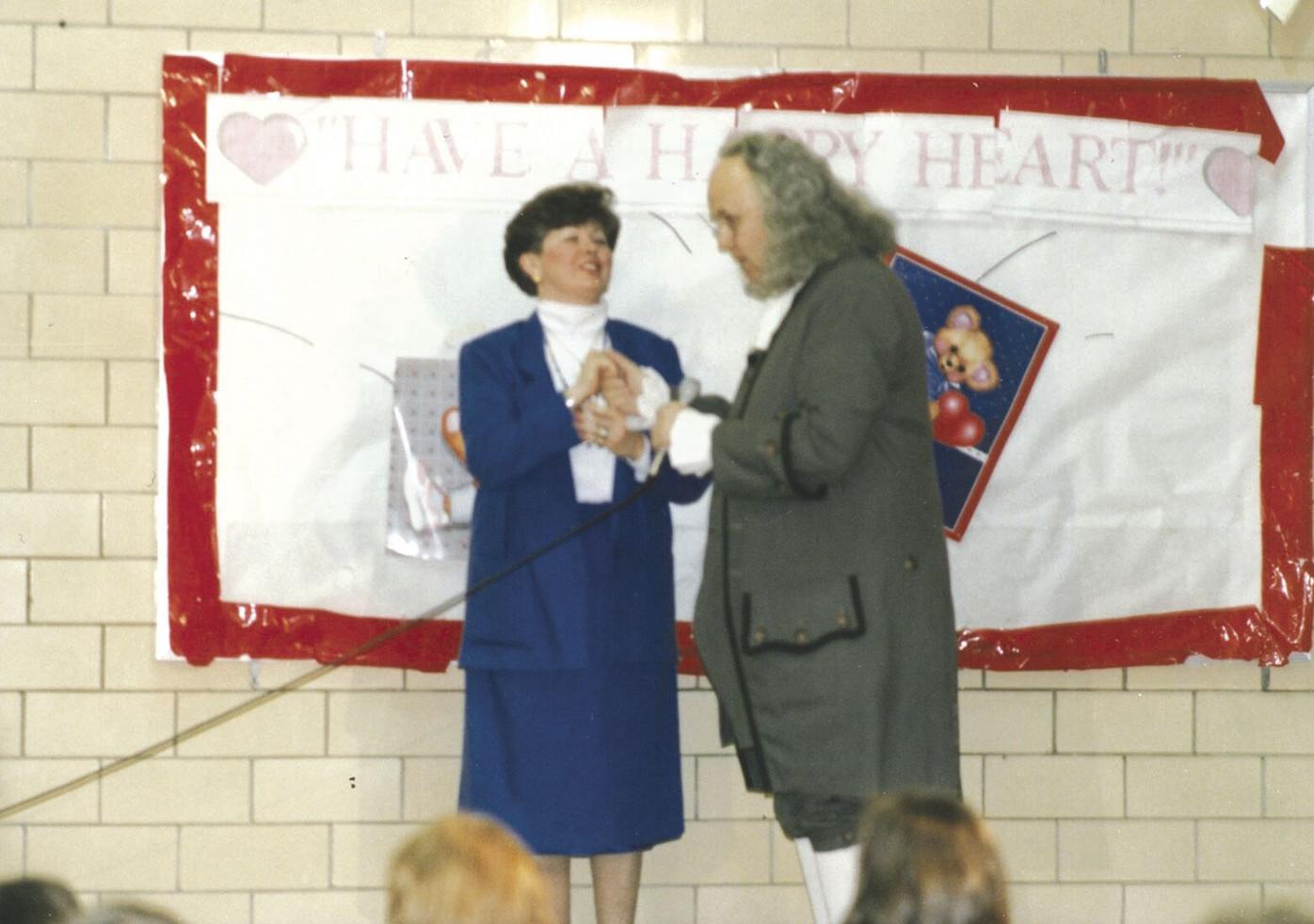 Students sit outside Franklin Elementary School in October 1940 for their school photo. They are staring into the sun, and most are shielding their eyes or looking away from the camera. (Photo courtesy of the Anoka County Historical Society)

When a city like Anoka begins, the residents erect several landmark buildings to signify the importance of their culture. Often these include a post office, bank, town hall, churches and schools. This week, students and staff at Franklin Elementary in Anoka celebrate 150 years of education under the same name, though not always the same building.

At a town meeting on Oct. 17, 1871, leaders decided to build the Franklin school on the west side of the Rum River. The following year, enrollment filled the two completed rooms, and the Anoka Herald newspaper referred to the students of Franklin as “the scholars who attend Franklin.” By the 1880s Franklin had two primary departments and an intermediate department using four classrooms. By 1915 school leaders determined the building needed an upgrade in lighting, heating and ventilation. In fact, the Herald calls the building a “fire trap” and a “menace to health and life of children.” To provide funding, they approved a bond to build a brick, six-room school — a structure that remains at the center of the present-day Franklin school.

With the post-World War II baby boom, the building once again became crowded. In 1952 the community opened a new addition on the south end with six classrooms, a gymnasium, auditorium and a space for kindergarten. Workers completed another addition to the school on the opposite side in 1960 with classrooms and a cafeteria. In 2014 an elevator was added, and classrooms were built on the north end so portable classrooms became unnecessary and more kindergarten rooms would be available.

“I attended Franklin in the 1942-43, school year,” wrote Charlie Sell in Then & Now. “I moved from Monroe Street to North Ferry Street, when I was going into sixth grade, so I had to transfer to Franklin. My teacher, and principal of the school, was Miss Squires. I had Miss Squires when she first came to Anoka and taught at Washington. I had her for fourth grade at that time. She was a very good teacher, she had lived in Ft. Worth, Texas and she had the southern accent. Miss Squires was a niece of Mr. and Mrs. O.A. Beckum who had the dry goods store on 2nd and Main. When I went to the Franklin School, there were times when my mother would not be able to fix my lunch so I would get to eat at Oswald’s along with Billy Benefield. My favorite was the hot roast beef sandwich with gravy and mashed potatoes. Just thinking of it makes my mouth water. At the time I thought that was the best meal a person could possibly have.”

Visit the Anoka County Historical Society to learn more about the Franklin school and the District 11 school system. Our collection includes photos, artifacts, commemorative booklets printed for anniversary celebrations, and even a “Good Health” trophy. A portion of our collection is online at AnokaCountyHistory.org

Rebecca Ebnet-Desens is the executive director of the Anoka County Historical Society.