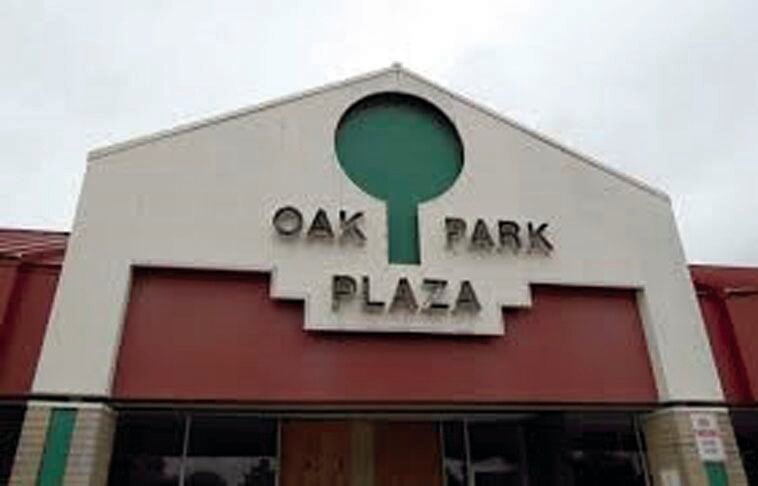 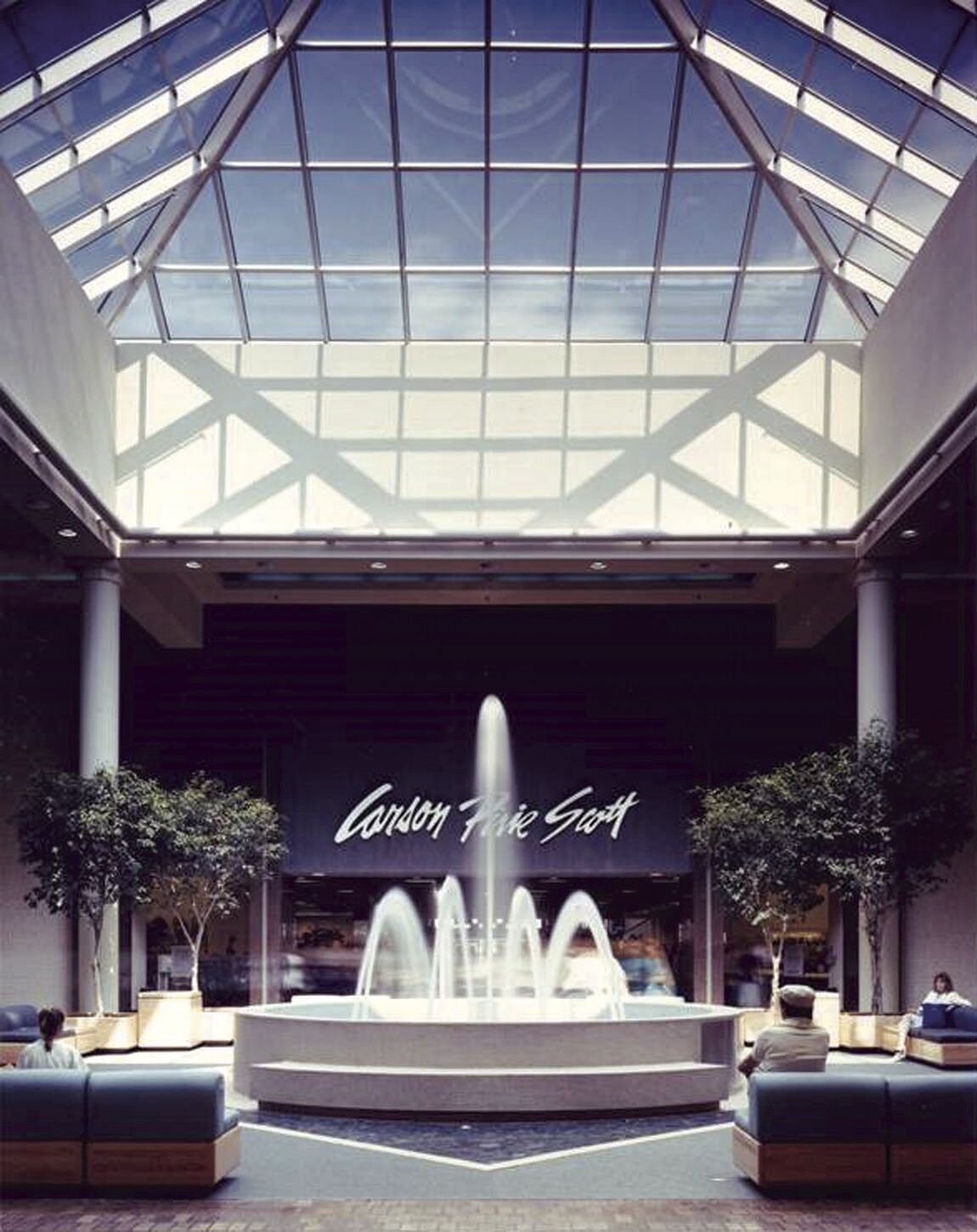 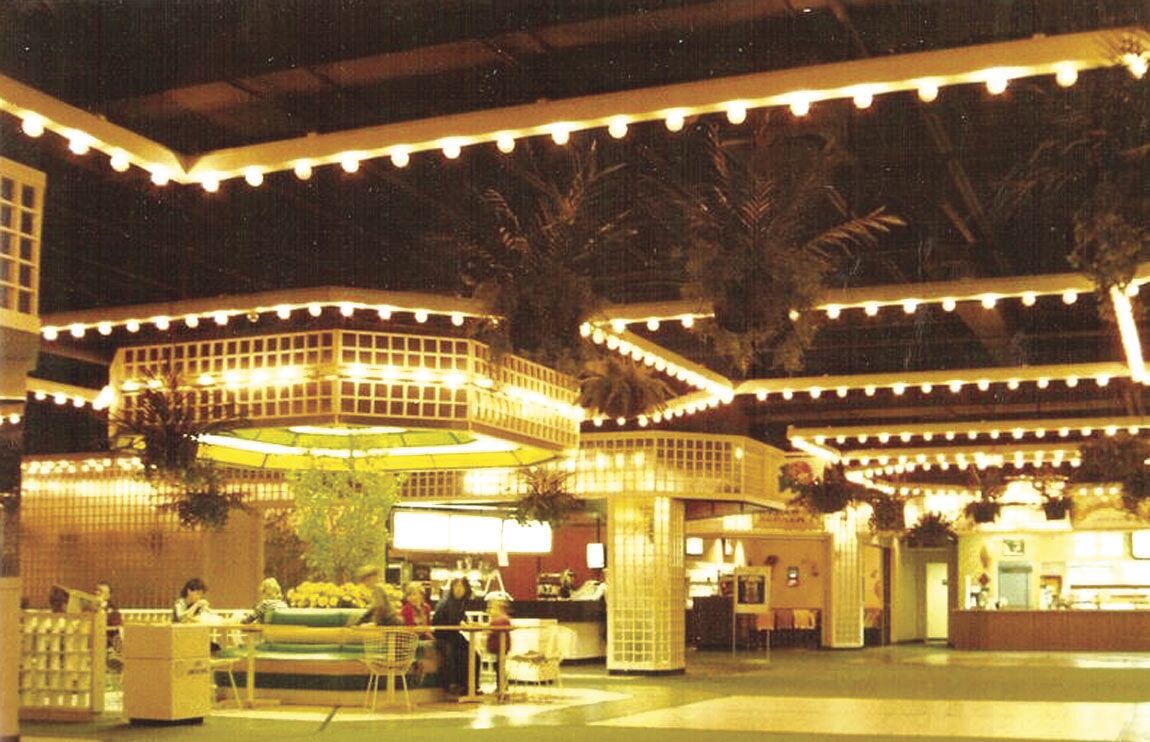 Other than Doberstein’s convenience store in the Johnsville area, shopping in Blaine was almost nonexistent before the 1960s. Residents did their shopping in Columbia Heights, Northeast Minneapolis and Anoka.

By 2014 the shopping center had fallen on hard times. Frattalone’s ACE Hardware, Star Liquors, and Oak Park Barbers were its only remaining tenants. Among the grocery stores, Piggly Wiggly, and then Jubilee Foods, had closed. A year later, Tri-Land Properties Inc. had developed plans to build a Cub Foods supermarket and to renovate the shopping center at a cost of $12 million. The City of Blaine pledged $2.1 million in total tax increment financial assistance. Construction of the Cub Foods began in April 2016. In January 2017 Cub opened along with a fitness center, giving new life to Oak Park Plaza.

In 1965, California-based real estate developer Robert Muir purchased 137 acres of land owned by Richard Gallagher to build a shopping mall at the junction of County Road 10 and University Avenue. Construction began on Sept. 1, 1971. Robert Muir Construction Company, the general contractor, hired nearly 500 local construction workers. The architects were David Jacobson Jr. of Arcadia, California, and Thorsen and Thorshov of Minneapolis. On Oct. 12, 1972, Northtown’s first phase began with the opening of major department stores Montgomery Ward and Powers, followed a short time later by F. W. Woolworth’s. The first forty of a total of 104 other businesses also opened in the connecting malls. Young Quinlan was another major tenant. The mall’s unique features included sunken rest areas amid tropical plants, an artificial waterfall and a semi-circular aquarium.

Northtown Mall was the first regional shopping center in the Twin Cities that was not owned by the Dayton Corporation. Located on 83 acres of land, and built at a cost of $30 million, it was also the area’s third largest shopping center. On Dec. 5, 1972, Robert Muir brought a 30-foot replica of a ship to Northtown. The ship, for which Muir had paid $120,000, had originally been built by Fox Studios for the 1953 movie Titanic. Nelle Pillsbury, a survivor of the 1912 sinking of the Titanic, attended the unveiling. The model was on display near the Woolworth’s store for 12 years before it was donated to the Titanic Historical Society in Fall River, Massachusetts. Muir’s ship was the first of many exhibits, events, demonstrations and performances at Northtown. Over the years the mall became a family destination.

The Robert Muir Company sold the mall to Rein Northtown Associates of New York in 1985 for $33 million. Nine months later it was again sold to Angeles Corporation, a California investment management company, for $38.1 million. Glimcher Realty Trust bought the property for $54 million in 1998. Northtown Mall will celebrate its 50th anniversary in 2022.

— Excerpt from the new book, “Forward — The Hidden History of Blaine” by the Blaine Historical Society. The book is available for purchase at blainehistory.org.