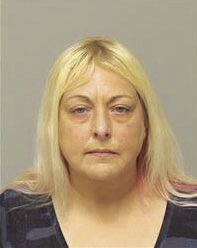 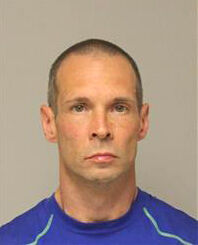 A second suspect has been arrested and charged with involvement in the Aug. 27 murder of 22-year-old Karl Mitchell Henderson in his Lino Lakes home.

Melissa Madelyne Zielinski, 47, of Sandstone, faces one felony count of second-degree murder with intent (not premeditated).

Melissa’s brother, Nicholas Walter Zielinski, 43, of Hermantown, is also facing one count of second-degree murder with intent (not premeditated).

If convicted, the siblings could face a sentence of up to 40 years in prison.

Melissa Zielinski’s first appearance was Friday, Sept. 11, and the judge set bail at $2 million. As of Sept. 11, she was still at the Anoka County Jail.

Melissa Zielinski’s next court appearance is at 1 p.m. Thursday, Sept. 24.

According to Minnesota court records, Melissa Zielinski has been convicted in more than two dozen incidents, including third-degree burglary, fourth-degree assault of a police officer and drug possession.

Nicholas Zielinski’s first appearance in court was Tuesday, Sept. 1, and the judge set bail at $750,000 with conditions and $1 million with no conditions. As of Sept. 11, he was still in the Anoka County Jail.

According to Minnesota court records, Nicholas was previously convicted of a misdemeanor count of simple robbery in 2001 and a felony count of ineligible possession of a firearm in Anoka County.

According to the criminal complaint, Lino Lakes police officers and deputies with the Anoka County Sheriff’s Office responded to a report of a shooting at a residence on the 6900 block of West Shadow Lake Drive in Lino Lakes at 2:35 p.m.

Upon arrival, officers spoke with an adult male who stated he had just arrived home from grocery shopping when he saw an unfamiliar black SUV with no front license plate and a black grill in his driveway.

The man then entered the home and encountered two unknown individuals, a male and a female who were later identified as Nicholas and Melissa Zielinski, the charges say. He followed them outside and asked what they were doing.

Nicholas allegedly said something to the effect of, “Your son stole on me,” and “I’ll take you out too,” before leaving in the SUV.

The man went downstairs to his son’s bedroom and found his son, Henderson, face down in a large pool of blood.

First responders from Allina Health EMS attempted lifesaving measures, but Henderson was pronounced dead at the scene. Investigators from the Lino Lakes Police Department and the Sheriff’s Office learned several neighbors with doorbell cameras captured images of the black SUV leaving the neighborhood, according to the criminal complaint. On Aug. 28 the Sheriff’s Office asked for the public’s help locating the black SUV.

The Sheriff’s Office crime scene unit processed Henderson’s bedroom and recovered a Hi-Point 9 mm handgun from the floor near Henderson’s body, according to the complaint. The Midwest Regional Forensic Laboratory conducted DNA testing from swabbings of the grip of the handgun. The DNA testing matched Nicholas Zielinski, according to the complaint.

Henderson’s father later identified Nicholas Zielinski’s in a police lineup as the man he confronted in his home, according to the criminal complaint.

Investigators attempted to locate the female, who still had not been identified. Officers said they spoke with a number of people who independently reported the female was likely Nicholas Zielinski’s sister, Melissa Zielinski, who apparently lived in Sandstone.

Nicholas Zielinski’s phone allegedly left his home in Hermantown on the morning of the shooting. The phone traveled via Interstate-35 to Sandstone, then south to Lino Lakes in the immediate area of the murder and arrived in the time frame of the shooting, according to the criminal complaint.

After the shooting, Nicholas Zielinski’s phone reportedly left Lino Lakes and went to Sandstone and then back to his residence in Hermantown.

The geo-tag on an accidental photo on Melissa Zielinski’s phone also placed her less than 5 miles from the scene of the crime at 2:42 p.m. on the day of the shooting, the charges say.

Investigators also reported the following text message conversation between Melissa and an individual who is not named in the criminal complaint:

Melissa: “We are going to collect some money that’s owed to me hopefully.”

Incoming response: “So you and Nick are going to go muscle some money?”

After further investigation, officers discovered a male friend of Melissa Zielinski was planning on purchasing her Sandstone home so she could avoid being evicted, according to the criminal complaint.

The friend told officers that the closing on the home was scheduled to take place Aug. 28, the day after the shooting. The friend also said that just hours before the closing, he was informed $4,000 was required in order to close on the deal.

The friend told officers he supplied the money from his account but that on the morning of the closing, Melissa Zielinski unexpectedly provided him with $3,000 in cash to offset the amount due, according to the charges.