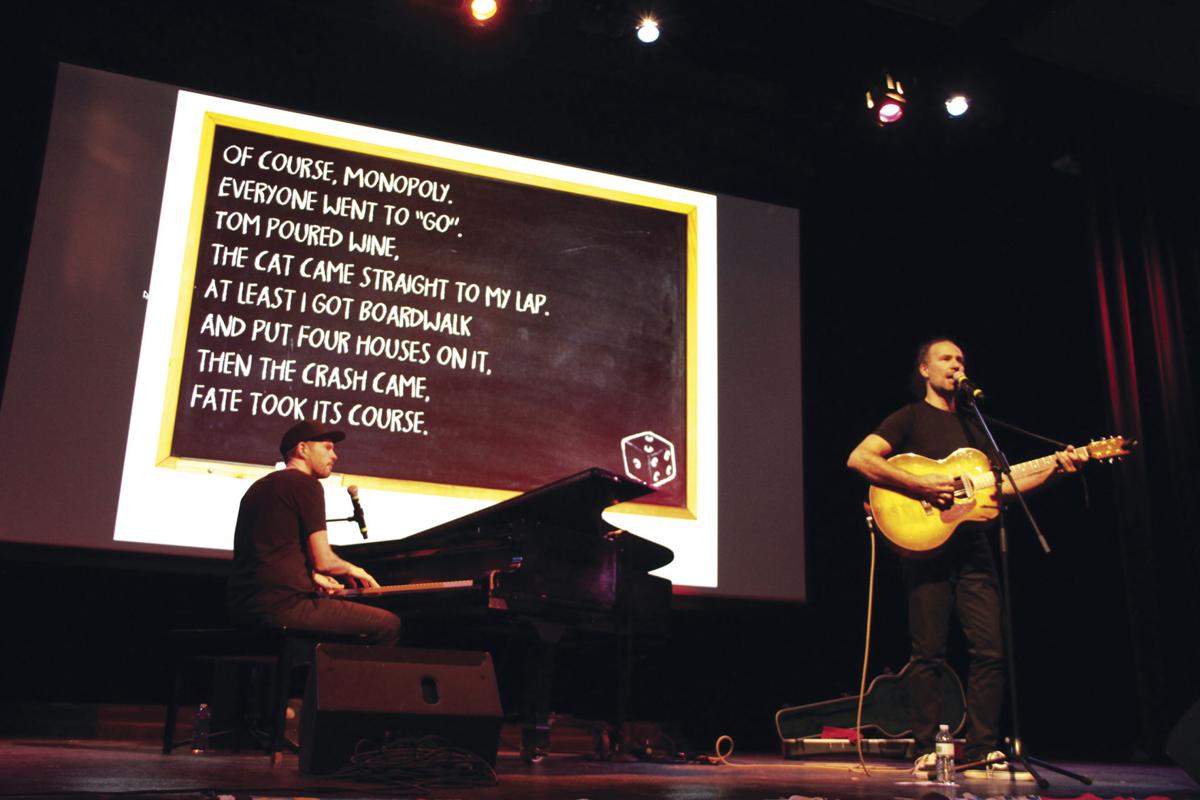 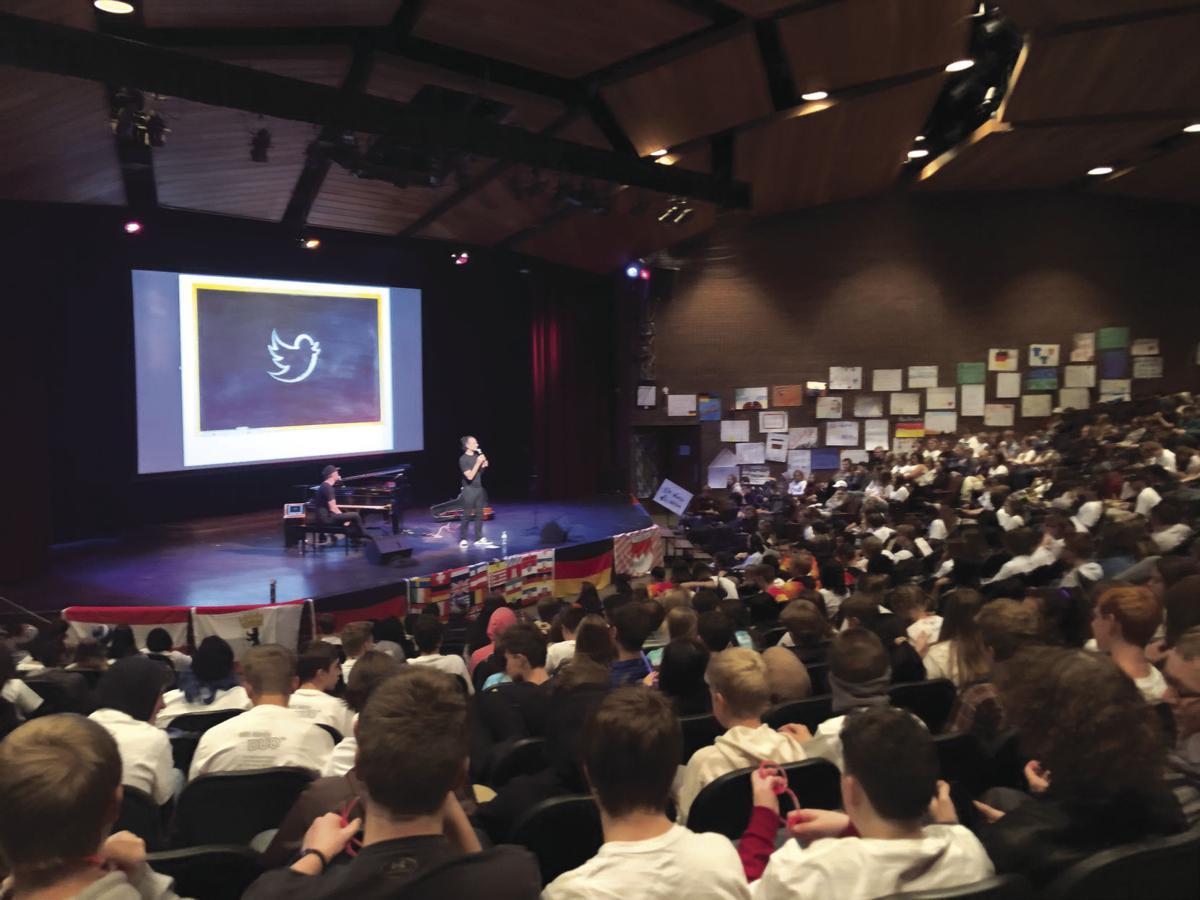 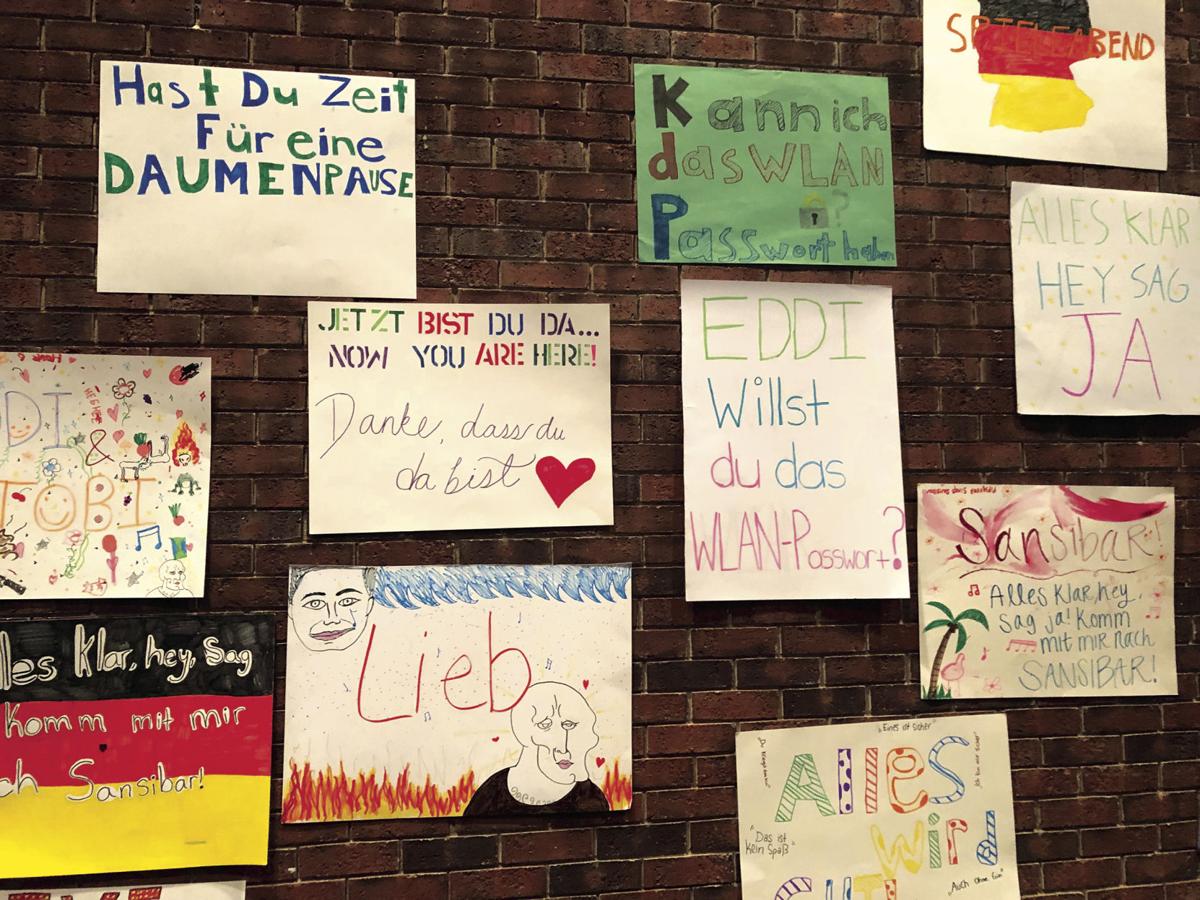 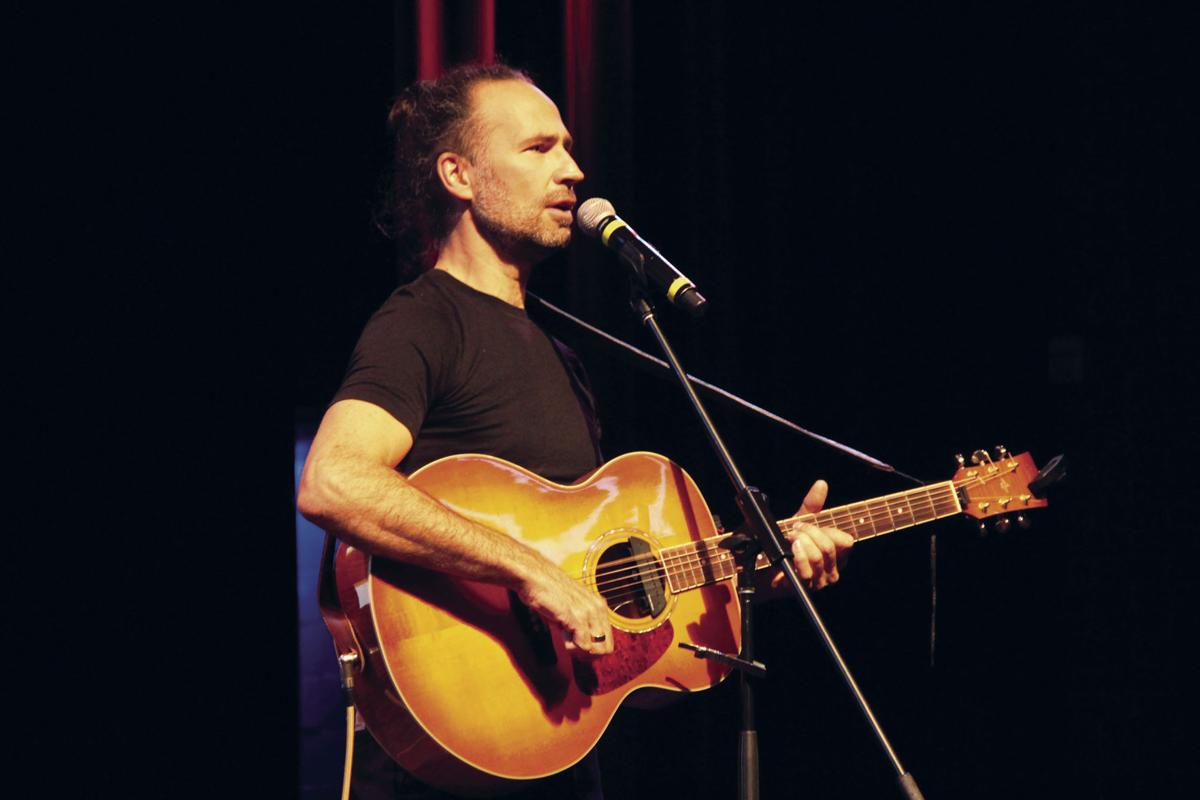 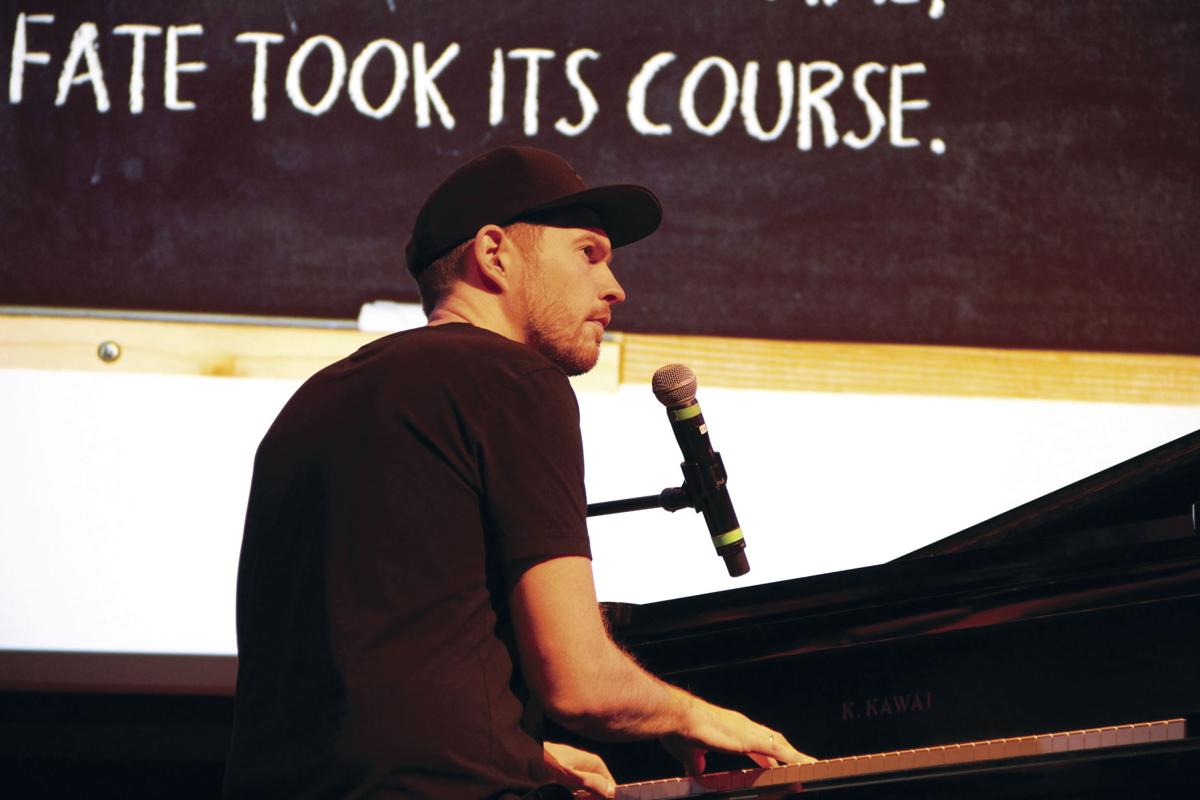 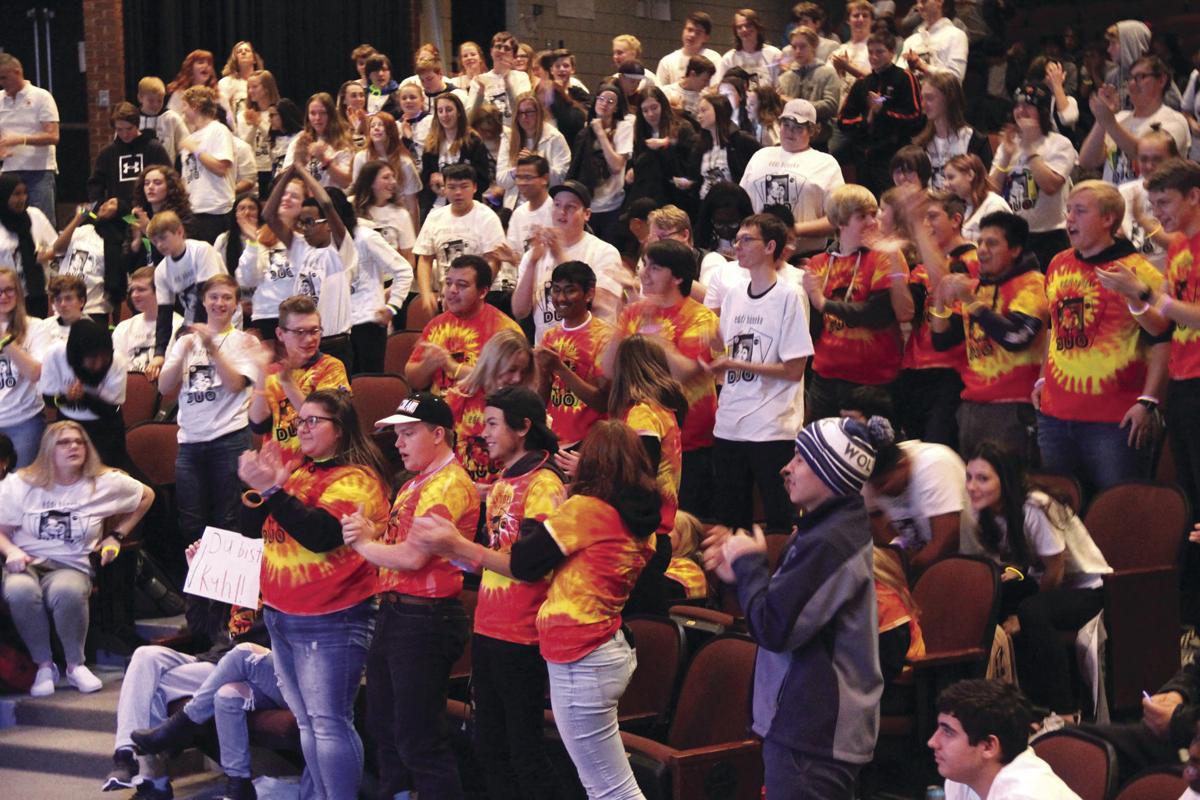 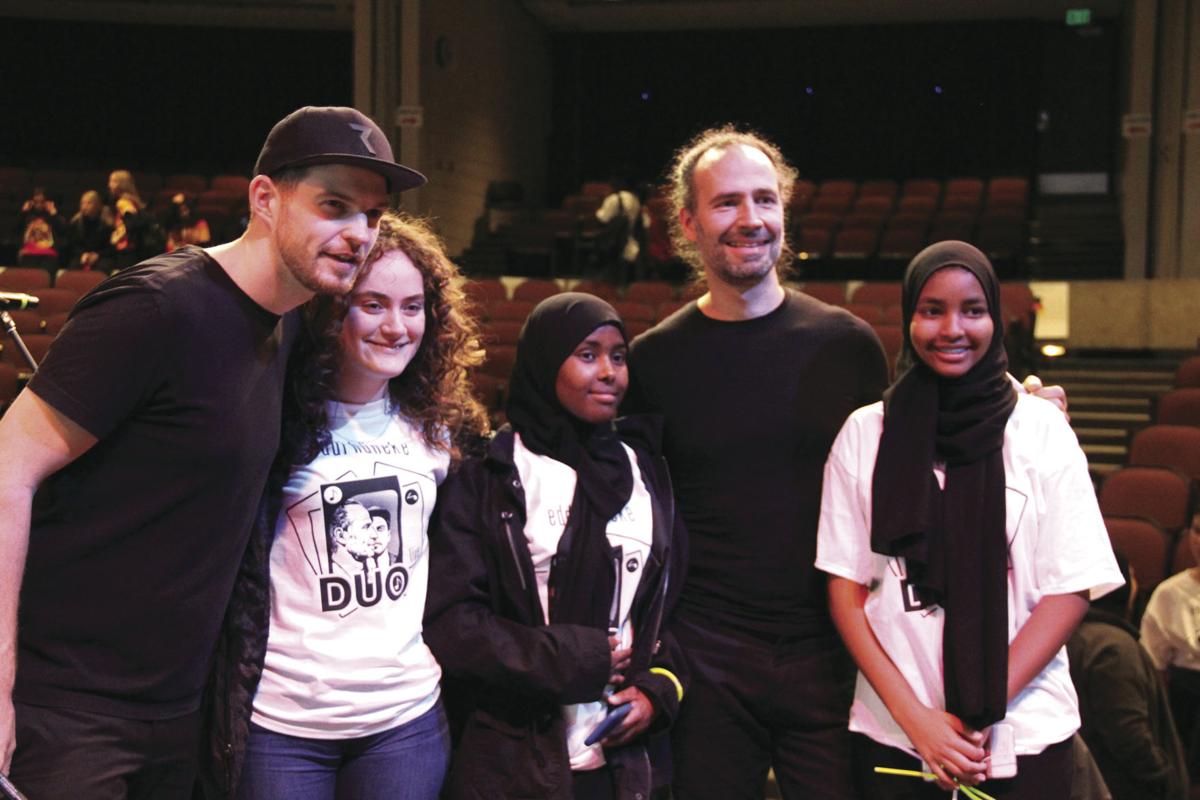 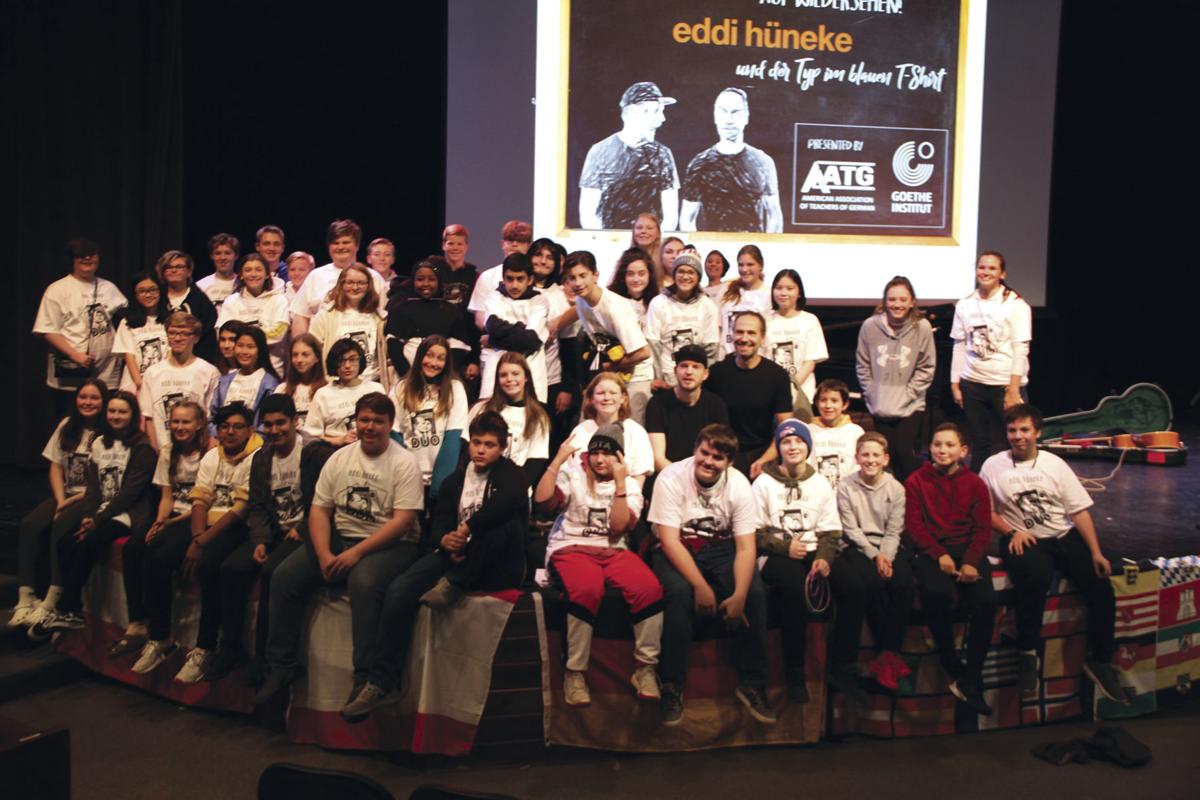 Spring Lake Park High School German teacher Daniel Buck said one of his main goals has been to teach his students about Germany by bringing cultural events to the high school.

“I want the students to connect to the culture because language and culture are interdependent, and the culture is usually a main motivator for learning the language,” Buck said.

“There are so many different aspects to German culture, and these events really help us learn all about it here in Minnesota, and it motivates us to want to visit Germany and see the culture for ourselves,” added Spring Lake Park High School senior Raul Solorio.

When Daniel heard the American Association of Teachers in German and the Goethe Institut USA were sponsoring a United States tour of the Germany-based entertainers Eddi Hüneke and Tobi Hebbelmann, Buck said he knew he wanted to bring the duo to Spring Lake Park High School.

The high school, along with the University of St. Thomas in Minneapolis, applied jointly for a grant with Wunderbar Together, which is a comprehensive and collaborative initiative funded by the German Federal Foreign Office, implemented by the Goethe-Institut and supported by the Federation of German Industries.

The grant was awarded to both the schools with Eddi Hüneke and Tobi Hebbelmann appearing at Spring Lake Park High School on Nov. 14 and the University of St. Thomas on Nov. 15.

“It was so cool to see the Twin Cities German immersion community connect and learn the language together in a fun, new way,” said Spring Lake Park senior Nermina Cehic.

Eddi Hüneke and Tobi Hebbelmann are currently touring over 20 cities across the Unites States, visiting mainly schools and universities.

Hüneke was one of the founders of Germany’s most successful pop a cappella bands, the Wise Guys, who recorded 13 albums and played over 3,000 shows from 1992 until 2017. When the group members chose to go their separate ways, Hüneke decided to continue writing and performing on his own or with his children’s piano teacher, Hebbelmann.

Prior to the performance at the high school, the foreign language students practiced and memorized many of the duo’s songs, including “Spieleabend,” “Alles auf Anfang” and “Alles Wird Gut!”

The students also made fan posters, wore the duo’s T-shirts for the tour and brought glow sticks for the concert. After the show, students got autographs and took pictures with the group.

“The kids develop a personal connection to the music more than they do through text,” Buck said. “Music helps students with memory and it gives them a hook to remember the lines, which is more of a motivation to learn what the words mean because they want to know what the song is telling them if they like the beat. It’s exciting seeing the students interact with the language in a whole new way.”

“Having a closer look into the German culture, which is something we don’t get to see, is incredible,” said Westwood Intermediate and Middle School eighth grader Annamae Koopman. “Our school really takes the opportunity to learn about Germany in a much deeper way.”

“It was so helpful to hear the native accents and see the translations,” Cavers said. “It’s not something we usually have in the classroom.”

“Having that live showing and meeting and listening to native people who actually speak German really impacts you as you’re learning the language,” York added.

Hüneke and Hebbelmann performed songs in both English and German.

During the concert, they provided translations for the songs from German to English and English to German to help the students learn.

“Music is a great way to learn,” Hüneke said. “The students have a lot of fun, so the phrases they learn are going to stick with them a lot more. It shows that it’s fun to learn.”