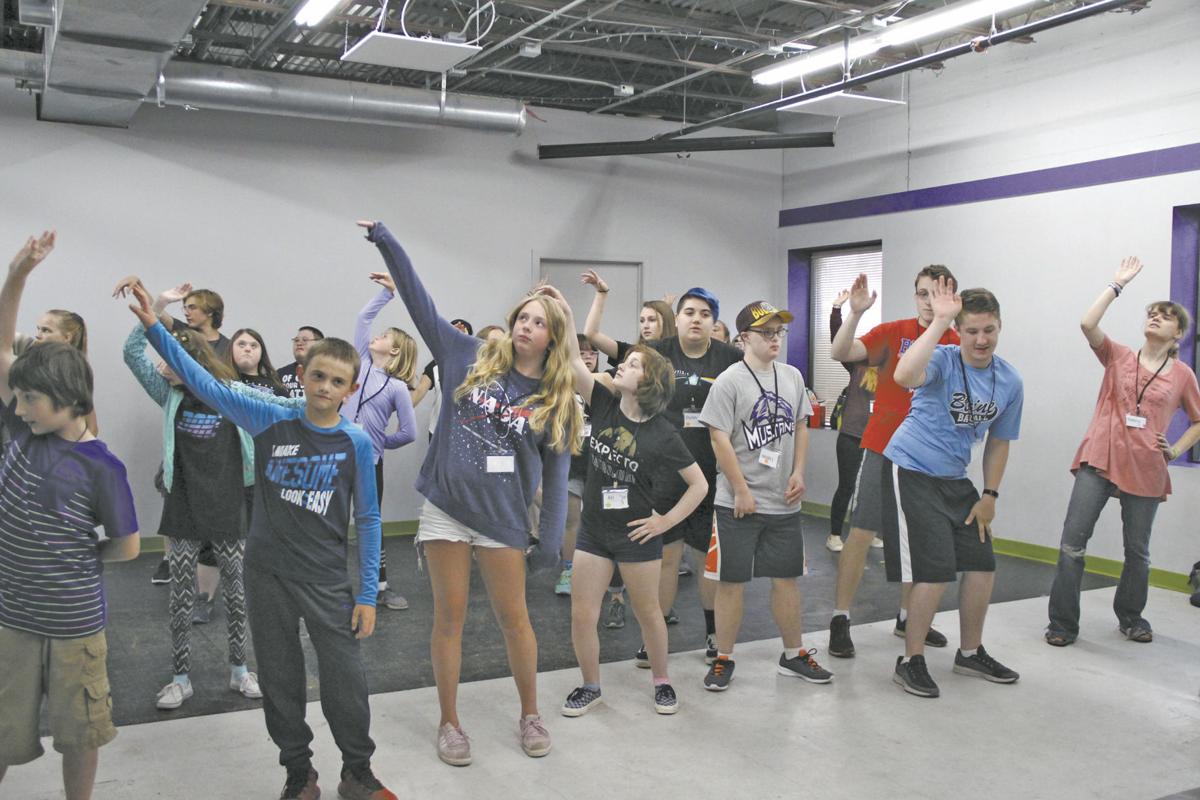 Penguin Project students rehearse a song from the musical “Aladdin” June 24 at the Northern Starz Children’s Theatre in Ramsey. The musical runs July 31 through Aug. 4 at Anoka-Ramsey Community College. 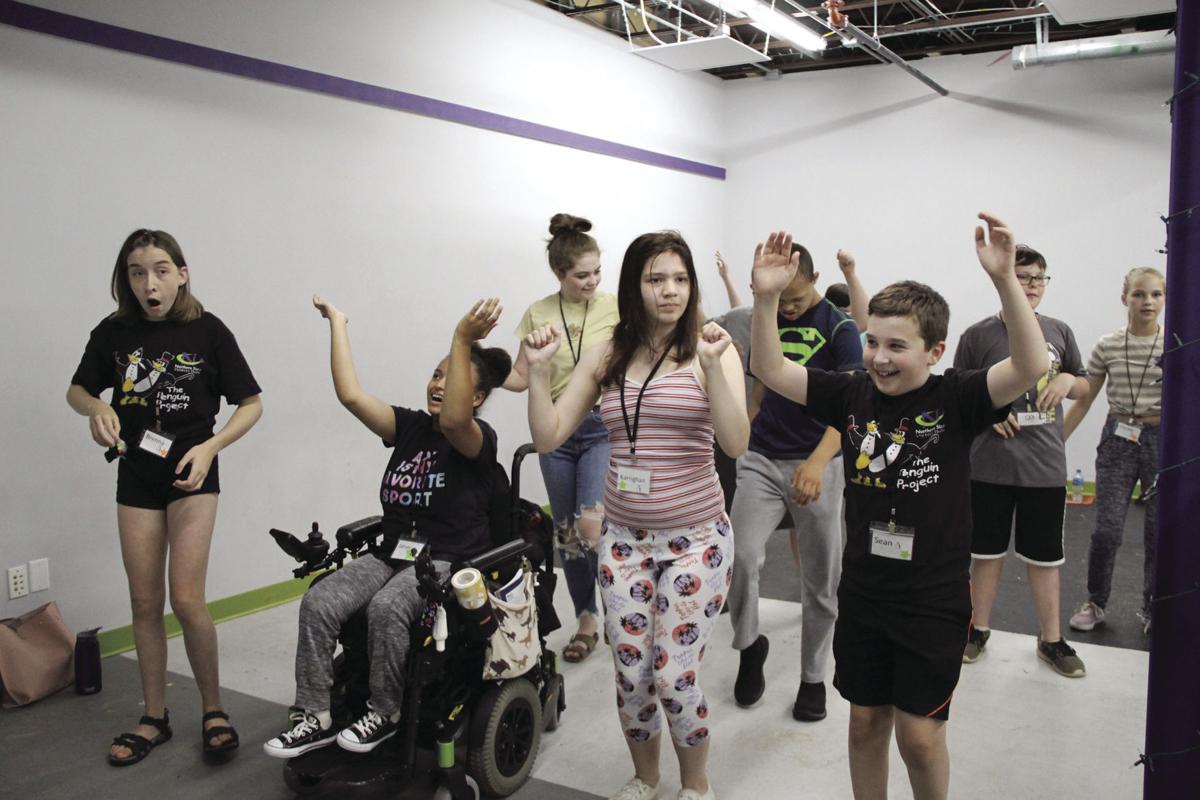 Penguin Project students dance to a song from the musical “Aladdin” June 24 at the Northern Starz Children’s Theatre in Ramsey.

Penguin Project students rehearse a song from the musical “Aladdin” June 24 at the Northern Starz Children’s Theatre in Ramsey. The musical runs July 31 through Aug. 4 at Anoka-Ramsey Community College.

Penguin Project students dance to a song from the musical “Aladdin” June 24 at the Northern Starz Children’s Theatre in Ramsey.

The Penguin Project chapter at the Northern Starz Children’s Theatre in Ramsey is preparing for the premiere of its musical “Aladdin” that will be playing July 31 to Aug. 4.

The Penguin Project is a national nonprofit that was formed in 2004 and has over 100 chapters across the United States. The goal of the organization is to empower kids with special needs as they learn about theater.

The local chapter started in 2017 when Executive Director Rachel Bohnsack shadowed the program in Nebraska.

“We saw a real need to get special needs students involved in theater and the Penguin Project really helps bring those opportunities to our community,” Bohnsack said.

The program is funded through grants from the Minnesota State Arts Board and donations from local businesses and organizations.

“Giving everyone a chance to be center stage is what the Penguin Project is all about,” said Northern Starz Children’s Theatre Director Paula Anderson. “Many of our kids do not get this opportunity at their own schools and are often placed in the background because they can’t hold a full role like the other students can. Here kids are able to shine as they’re placed in lead roles and are supported by their mentors. There is a real need for opportunities for special needs students to shine and the Penguin Project help provide that.”

At the Northern Starz Children’s Theatre Penguin Project chapter there are 29 special needs students between the ages of 10- to 22-years-old who have developmental disabilities including Down syndrome, cerebral palsy, autism, intellectual disabilities, learning disabilities visual impairment, hearing impairment and other neurological disorders.

“It’s really fun being in a play,” said participant Alyssa Hannan (Iago), 20, from Ramsey. “I’ve made so many new friends at the Penguin Project and it helped me learn how to be a better actress. Penguin Project are my favorite memories.”

“I’m singing my first solo ever,” said Ari Carlise (Jasmine), 14, from Cambridge. “It’s both exciting and nerve-wracking at the same time.”

Each artist is supported by a mentor who is informed of the actor’s needs. The mentors do not act in the productions. Instead, they shadow their mentee and support them in any way they can. Mentors are required to learn all the lines and dance moves of the actor they’re mentoring.

“Here at the Penguin Project I’m not center stage,” said Coon Rapids High School junior Galyna Stewart, who works as Hannan’s mentor. “Instead I get to help Alyssa shine.”

All staff at Northern Starz Children’s Theatre are trained in special education. Along with parents, they prepare the mentors for helping the actors.

friendships, that normally wouldn’t have been formed, between the mentors and the special education students,” she said.

Over the last two years, Anderson said the students’ interpersonal and social skills have improved drastically.

“These kids have grown so much, not only on stage but also interpersonally,” she said. “They have formed friendships, they’re more outgoing and they’re not afraid to put themselves out there on stage. It’s unbelievable!”

Andover resident Carol High’s son Jacob has been in the program both years.

“Jacob has just blossomed with showmanship, confidence and social skills since joining the Penguin Project,” High said. “This program really helps bring kids together and having a mentor is something my son adores. It has been such a rewarding experience for him. It has helped him open up and show the world some of his skills and his mentor goes a great job by helping to bring those skills out in him.”

To learn more about the Penguin Project at the Northern Starz Children’s Theatre, visit northernstarz.org.

To get tickets to “Aladdin,” visit northernstarz.org/penguin-alladin-ticket.