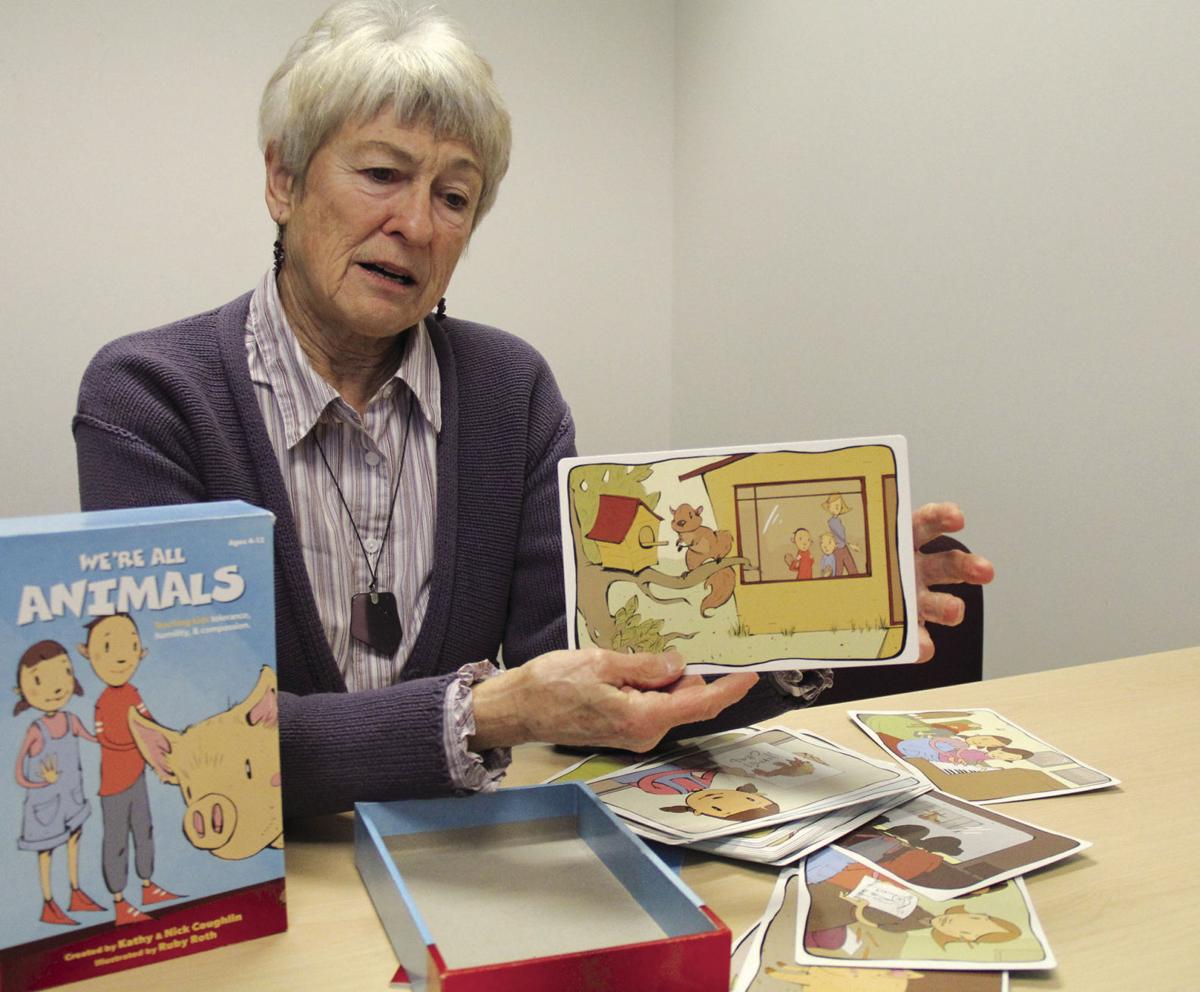 Former teacher and Oak Grove author Kathy Coughlin talks about one of the 30 story cards in her boxed set “We’re All Animals.” 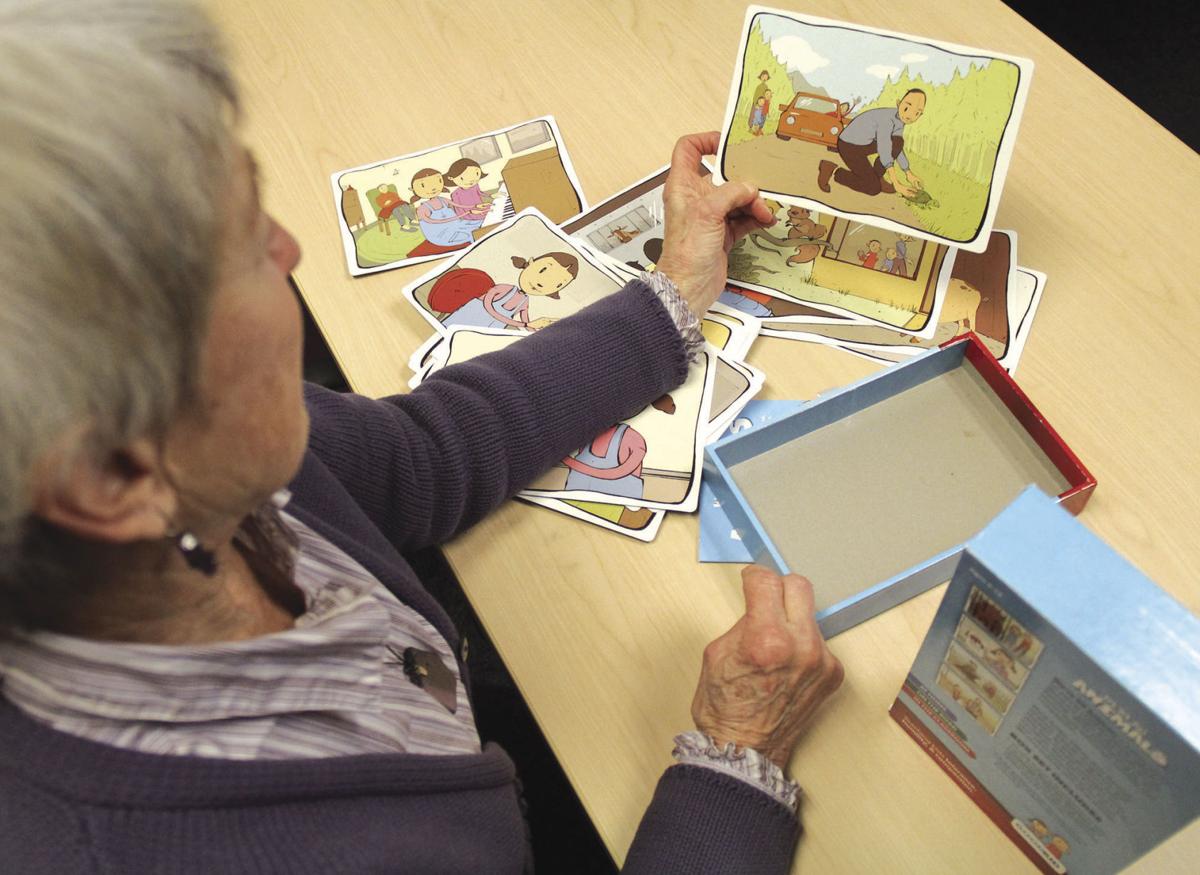 Former teacher and Oak Grove author Kathy Coughlin talks about one of the 30 story cards in her boxed set “We’re All Animals.”

The collection, titled “We’re All Animals,” isn’t a book but a boxed set of 30 large, colorfully illustrated cards, each depicting a scene with a short story on the back. The nationally known Ruby Roth illustrated the cards.

Geared toward children ages 4-12, each story focuses on humans and animals, encouraging thoughtfulness and compassion and concluding with the message that “we’re all animals.”

“Research shows that being kind and compassionate to animals translates to how we treat people,” said Coughlin, a former teacher and longtime humane educator. “We see this as not only entertainment for kids but character training.”

The stories revolve around five themes: basic zoological information; advocacy for respect and compassion; similarities between humans and animals; insight into speciesist attitudes; and sale of animal parts, animal testing and agriculture.

Although the final theme could be disturbing, Coughlin said it’s handled discreetly and can be used to spark age-appropriate discussions.

“They’re not going to be traumatic for kids,” she said of the stories.

She added that the tales assume humans aren’t inherently better than animals or at the “top of the heap” by virtue of being human — a perspective she acknowledges many in the U.S. don’t share.

In addition to the stories, the cards include basic discussion questions to check for comprehension, plus a challenge that encourages kids to think more deeply about issues raised. That’s one reason Coughlin believes the stories are appropriate through age 12.

Coughlin said the stories are good for parents to read to their children but would also make strong additions to school curriculum.

“I would really love to get this into schools, as well as into homes,” she said. “I am offering my services as a humane educator, a free trip to a classroom, for any teacher who buys one.”

The set is published by The GoodKid Project, a business owned by her son, Nick Coughlin, and is available at goodkidproject.com.