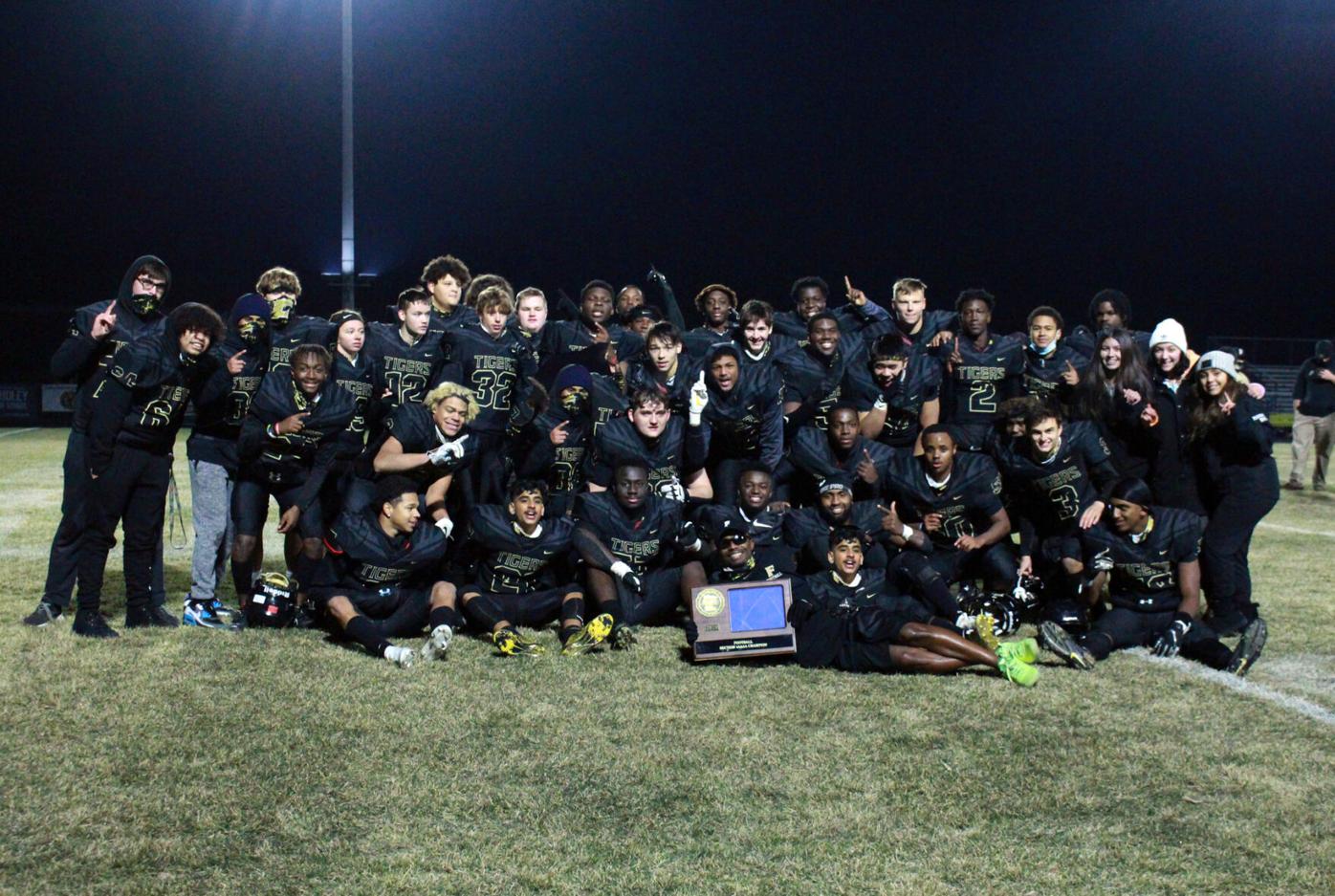 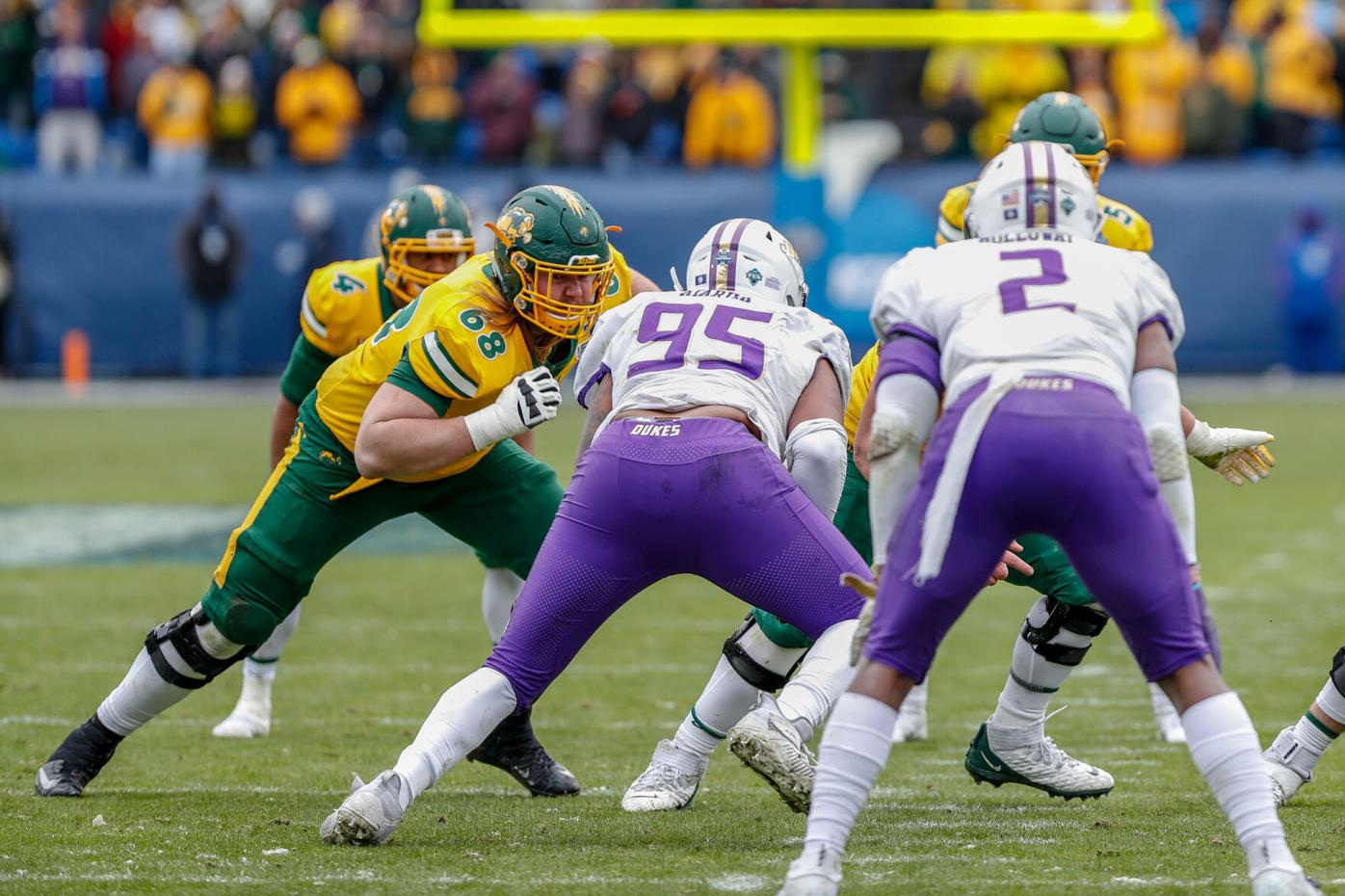 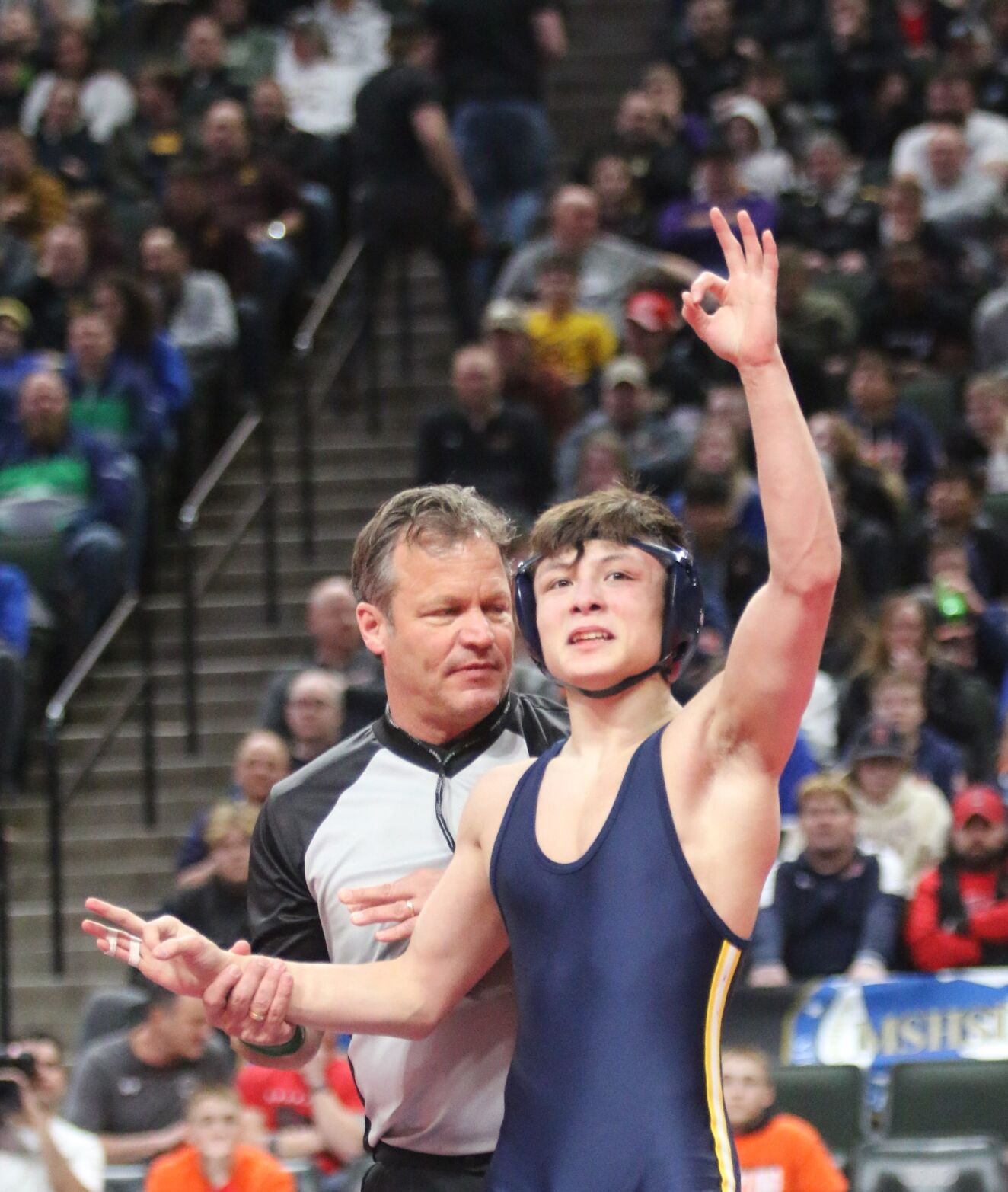 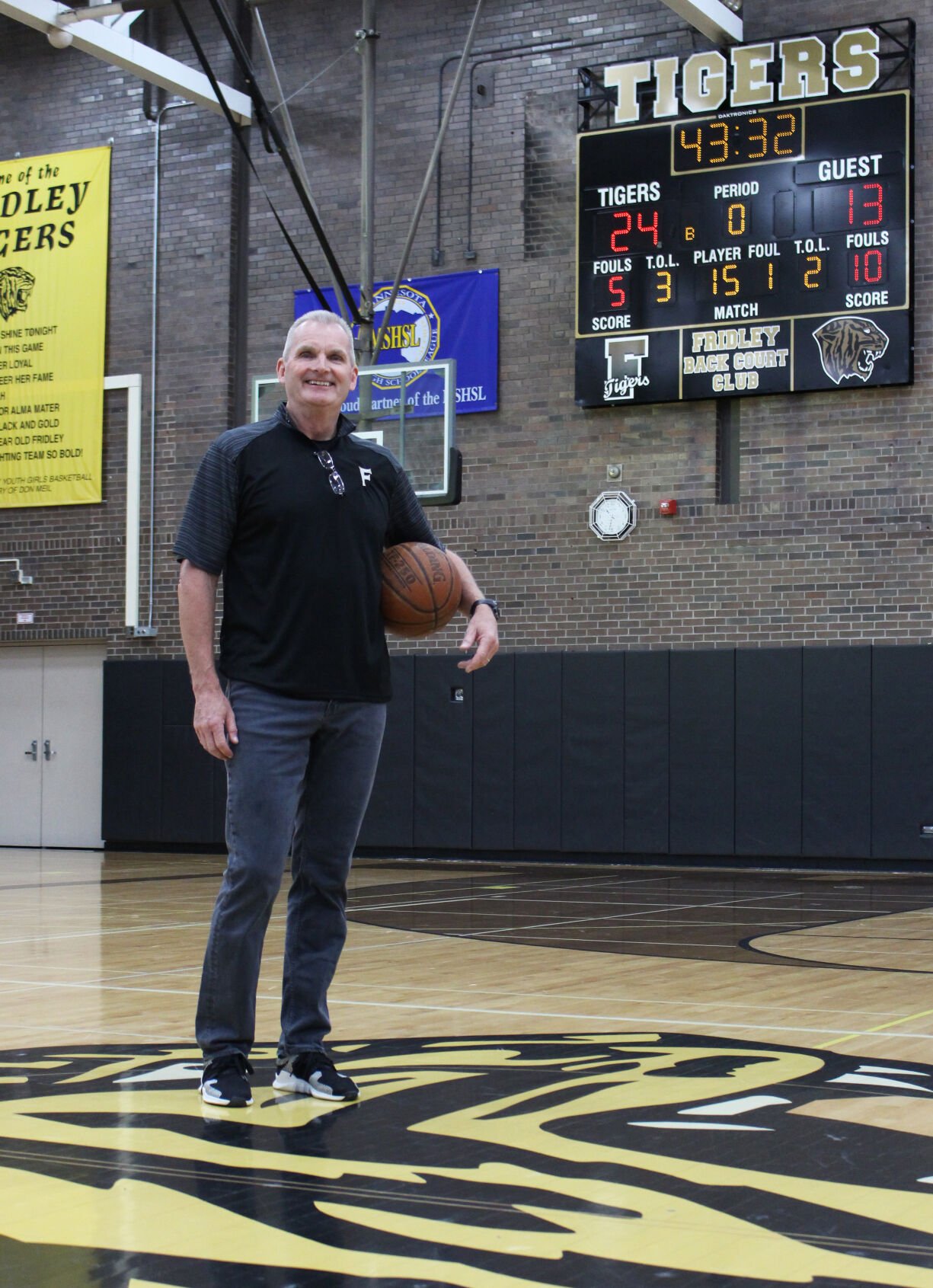 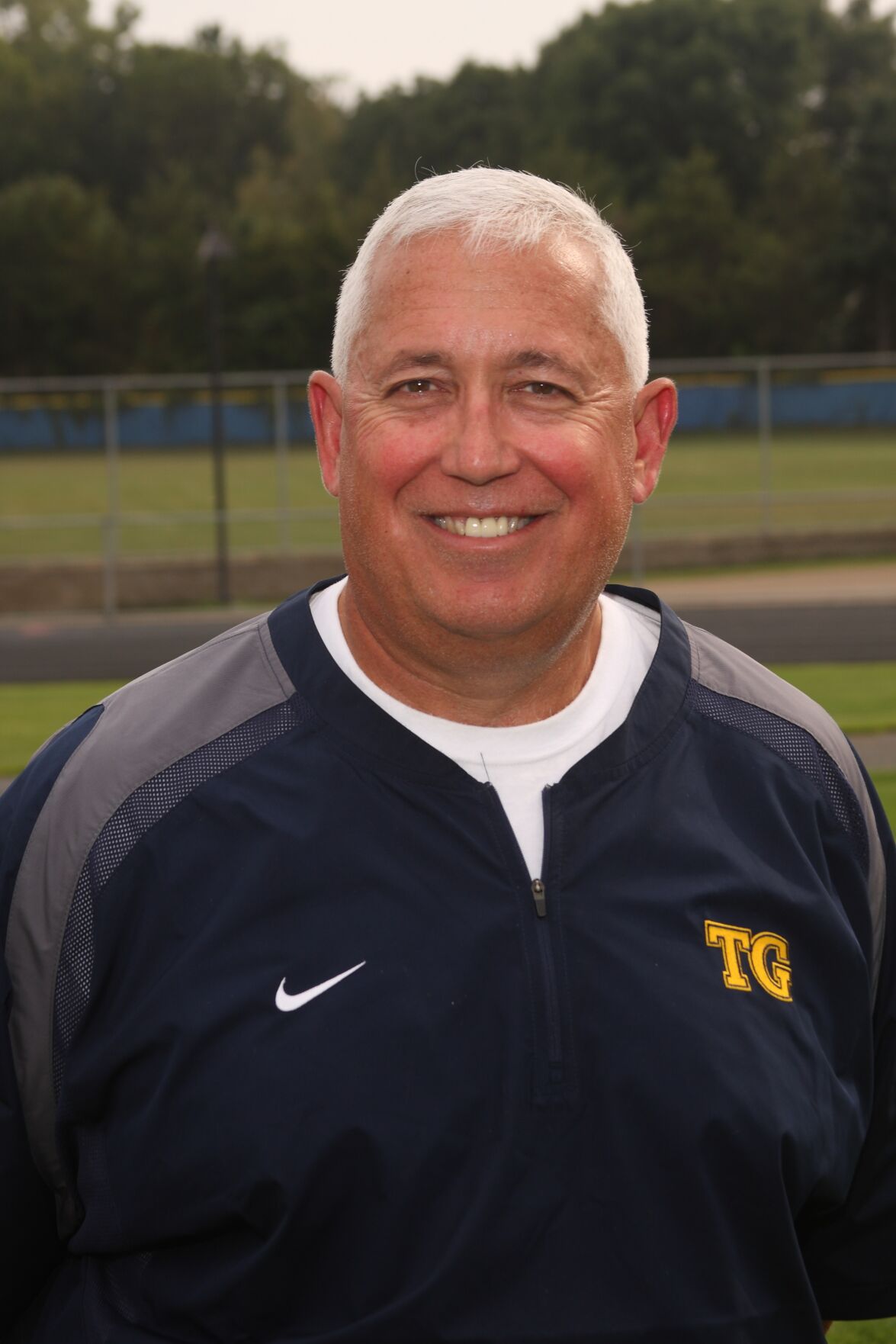 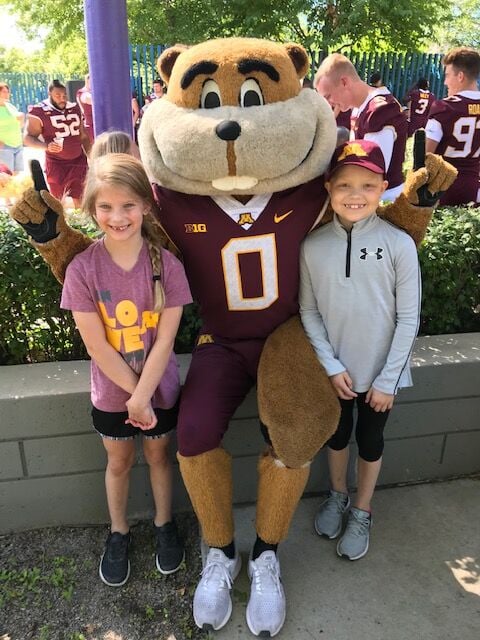 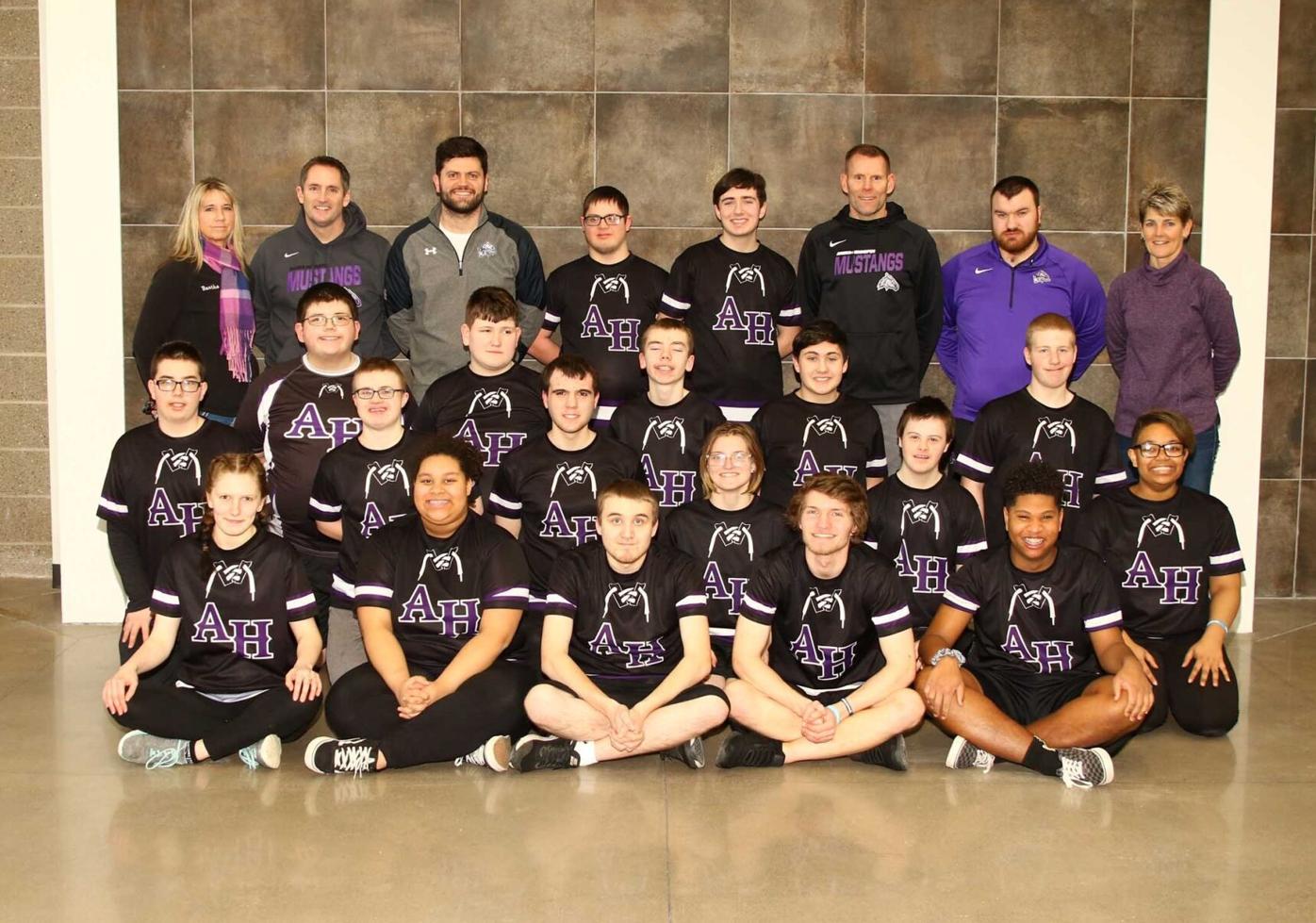 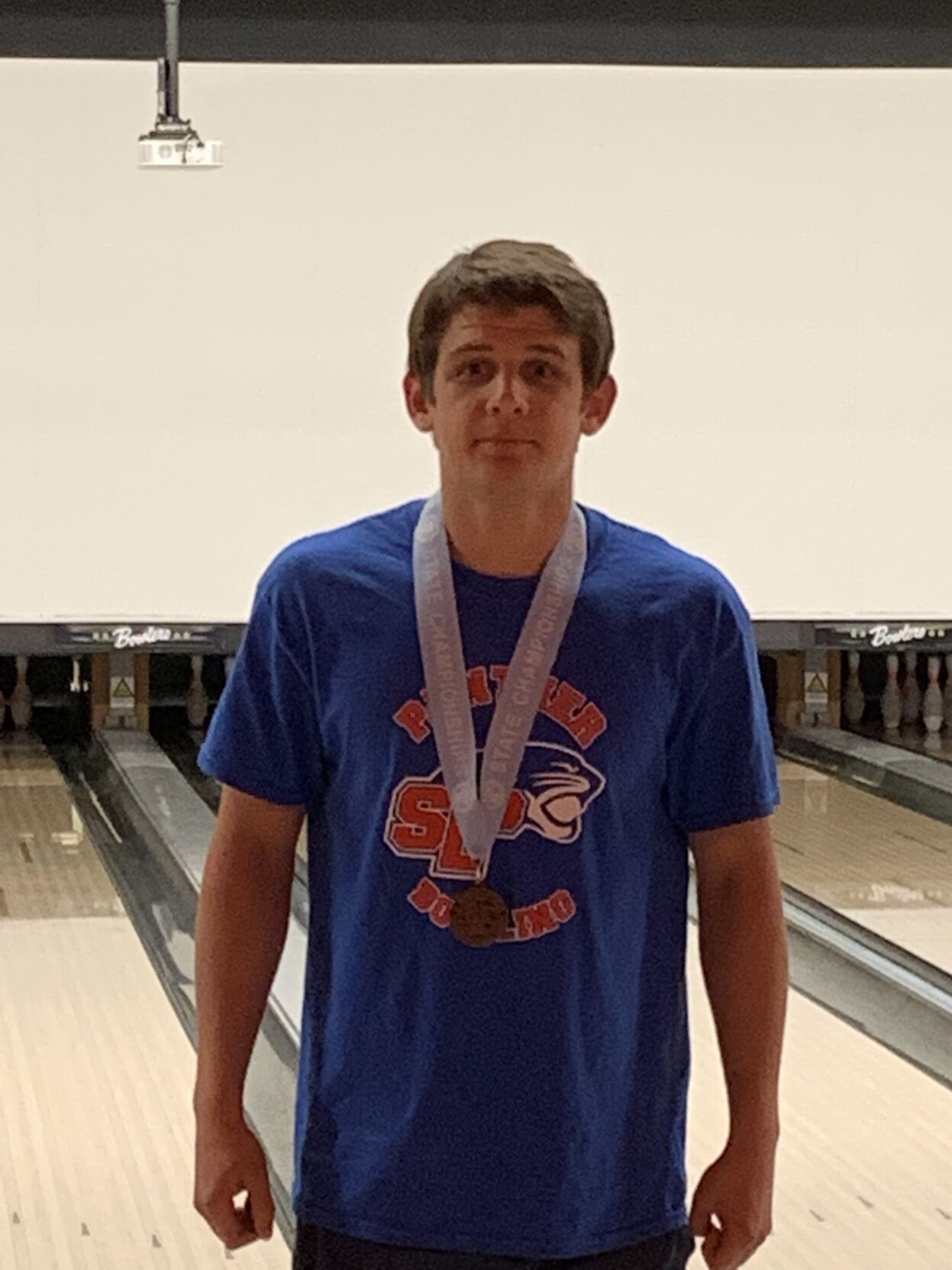 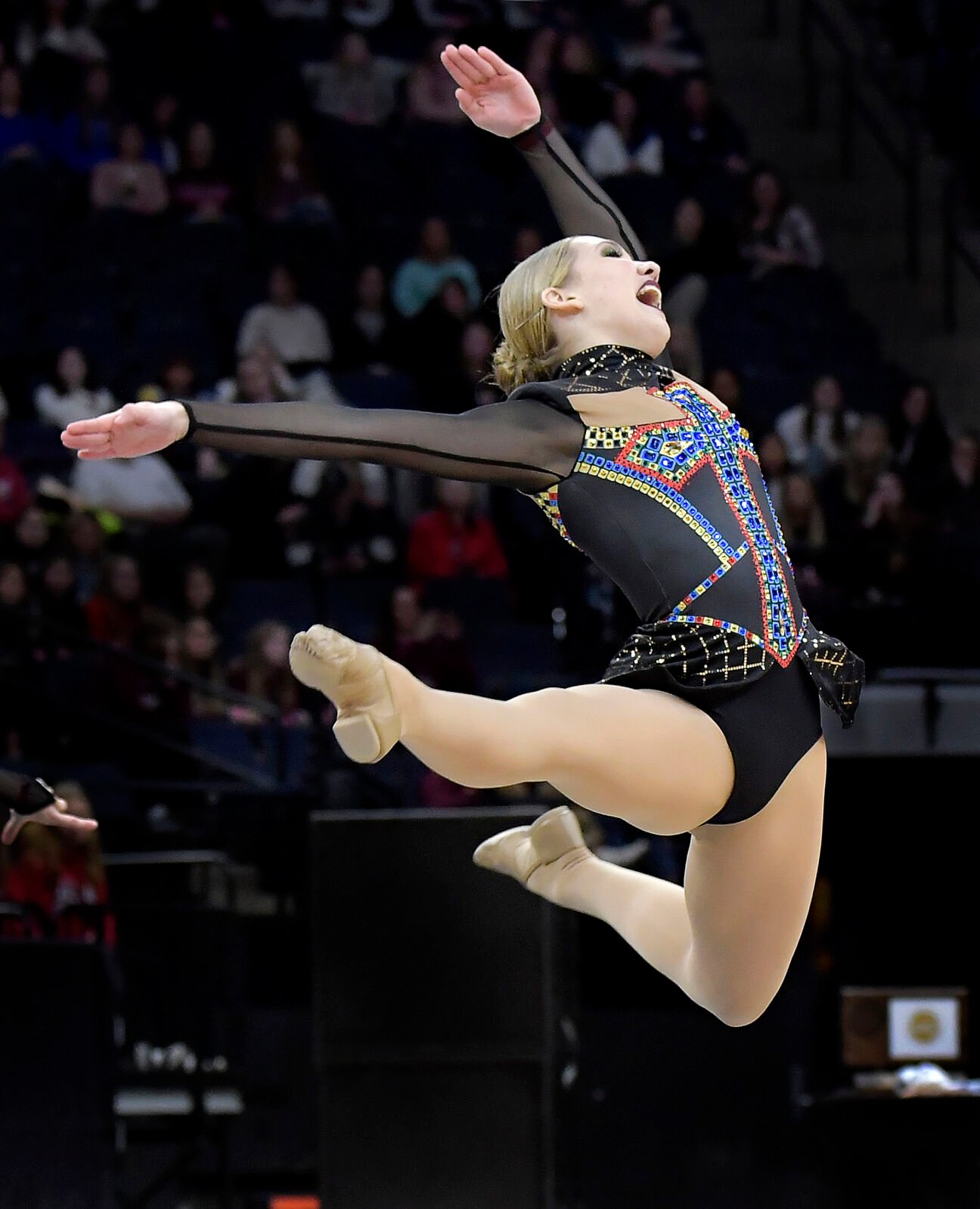 Fridley went an undefeated 7-0 in the abbreviated high school football season this fall, not allowing a single opposing offensive touchdown the entire year. The Tigers closed the season with a 62-0 rout over DeLaSalle in the Section 4-4A championship game and were crowned the Class 4A champion by the Associated Press voting panel in the absence of a state tournament.

“We went into the season knowing that it was a privilege to be able to play,” Fridley head coach Justin Reese said. “With that being said, our team motto was ‘1% Better.’ We wanted to make sure each day was better than our last. Each week we came out and played like it was the Prep Bowl game. Our focus wasn’t on wins/losses or rankings, it was on coming out and doing our best to play for each other and most importantly have fun.”

The Anoka-Hennepin adapted floor hockey CI Division team entered the state tournament with a perfect 11-0 record, but the shutdown of Minnesota State High School League activities due to COVID-19 canceled its chance to compete at state in March.

“It meant a great deal for this team to go undefeated,” A-H head coach Pete Kutches said. “We had nine seniors on this team that have worked very hard throughout their careers. It is something that was done only once before, back in 2010, so it was special for them to run the table on every game we could play. I told them it is something special to go 11-0 and it’s something they will never forget. It’s unfortunate they didn’t get to play in the state tournament, but it obviously was the right thing to do.”

Zack to the Pack

Following a standout career with North Dakota State football, Spring Lake Park graduate Zack Johnson signed as a rookie free agent with the Green Bay Packers in April. As a sophomore at NDSU, he entered the starting lineup at offensive tackle. Over the next three years, Johnson made 46 starts in a row as the Bison set school records for rushing yards and won FCS national titles each season. Including his redshirt season, NDSU went 70-5 during Johnson’s collegiate career. Johnson has spent most of the 2020 NFL season on the Packers’ practice squad and was elevated to the active roster for their Dec. 19 game.

“It was exciting, that’s what it was,” Johnson said. “It came down to a couple teams. In the end it came down to the positioning and what’s the best fit for me, knowing what they have in the O-line and opportunity. That was a huge part.”

In the beginning of the year, Blaine’s Braxton Battaglia was honored during the University of Minnesota gymnastics program’s Hall of Fame banquet as one of three recipients of its Abby Szott Courage Award, presented to gymnasts who have “displayed or incorporated their love of gymnastics while encountering or overcoming obstacles in their lives,” University of Minnesota women’s gymnastics head coach Jenny Hansen said.

Battaglia was also invited to give a pregame speech to the Gopher football team ahead of their Outback Bowl game against Auburn by head coach P.J. Fleck.

Battaglia was diagnosed with B-Cell Acute Lymphoblastic Leukemia (B-Cell ALL) in January of 2019. She is currently in remission.

TeamBrax has raised thousands for others at the University of Minnesota’s Masonic Children’s Hospital. To learn more or donate, visit tb1fund.org.

Nick Bjugstad, the 2010 Minnesota Mr. Hockey Award winner for Blaine, was acquired by the Minnesota Wild in a trade in September. An eight-year NHL veteran, Bjugstad provides the Wild flexibility to play center or wing to go along with power, scoring ability and experience, all while skating down the road from where he grew up.

“For me, No. 1, it’s a business and I’m trying my best to produce for the hockey team, whatever team that may be,” Bjugstad said. “It just happens to be the Wild and that’s a definite bonus. Wherever I was going to end up, I was going to be motivated. Playing in front of the hometown crowd is a good opportunity and I’m looking forward to it. I can’t wait to get rolling.”

COVID-19 wreaked havoc on the world of sports in 2020, local sports no exception. Winter sports were brought to an early end, with the high school spring season canceled altogether. Fall sports were heavily modified, with limited or no fans attending and differences in practices and event competition due to safety protocols. Football and volleyball seasons were initially postponed to spring before reverting back to a late fall competition window, with no state tournaments for any sports.

The second annual 3M Open was played without fans in July, while the USA CUP – which annually brings in athletes from across the world – had to be canceled. Youth and community sport leagues were impacted significantly as well, while area graduates at the collegiate level also encountered changes. The start of the 2020-21 high school winter season has been postponed until the new year.

Chances at history were thwarted, as Spring Lake Park and Legacy Christian Academy boys basketball were both hours away from playing for their first-ever trips to state in Class 4A and in school history, respectively, while Anoka-Hennepin Adapted CI floor hockey was undefeated before its state tournament was canceled. The Fridley football team was undefeated through section play, crowned by the Associated Press as the Class 4A state champions in absence of a state tournament. Individuals in spring and fall sports seeking state appearances and titles were also denied.

Yet an ability to play a fall schedule at all was celebrated by many, as teams seized opportunities to practice and compete amid social distancing guidelines.

Performing to a song it won a championship with two decades ago, the Totino-Grace dance team won the Class AA state jazz title in February, its 10th jazz championship in program history. It was a repeat title for Totino-Grace, which won in a tiebreaker ahead of Sartell-St. Stephen.

“This year’s team faced a lot of adversity from the very beginning of the season,” Totino-Grace head coach Kristen Gagnon. “Our seniors did a great job of remaining steady and positive, along with showing up every day ready to work."

A pair of Hall of Fame head coaches announced their retirement as Jim MacDonald stepped aside from the Fridley boys basketball team and Jeff Ferguson handed over the reins of the Totino-Grace football team.

MacDonald spent 32 years as the head coach for the Tigers, winning over 400 games and earning a place in the Minnesota Basketball Coaches Association Hall of Fame.

“I’ve been fortunate to coach conference and section champs and state-bound teams,” MacDonald said. “I never compare teams, because so much has changed. In the ‘90s, there were only two classes and we were battling all the big schools with the same enrollment we have now. The highlights are when former players come out and support current players, getting invited to weddings, getting notes on new jobs, new dads and calls for advice and suggestions. After a game, it was fun to meet up with former players and spouses, and hearing all the stories again and many stories for the first time.”

“It has been a privilege to coach at this school and in this program,” Ferguson said. “Totino-Grace is a special place because of the people: teachers, coaches, administrators, parents, alumni and especially the students. I fully realize that my football staff is second to none and that our players are amazing young people. I appreciate the trust that players have put in me over the years. It is the relationships with players and coaches that I cherish the most.”

Totino-Grace senior Joey Thompson cemented his place as one of the top wrestlers in state history with a third individual state championship in March, winning the Class AA title at 120 with a pin, two technical falls and a 7-4 decision in the finals.

“This one was just something special, because to finish my senior year as a three-time state champion and on top as one of the best from Minnesota is something I’ve always dreamed of,” Thompson said.

Spring Lake Park’s Immanuel Reynolds was honored with the Minnesota Adapted Athletics Association Russ Bakko Outstanding Bowler Award at the end of the 2019-20 school year. The award recognizes athletic excellence, in addition to high levels of character and service, among bowlers throughout the state.

“I wasn’t expecting to get it, so it was nice,” Reynolds said. “It also feels great to be the first one to get it too from Spring Lake Park.”