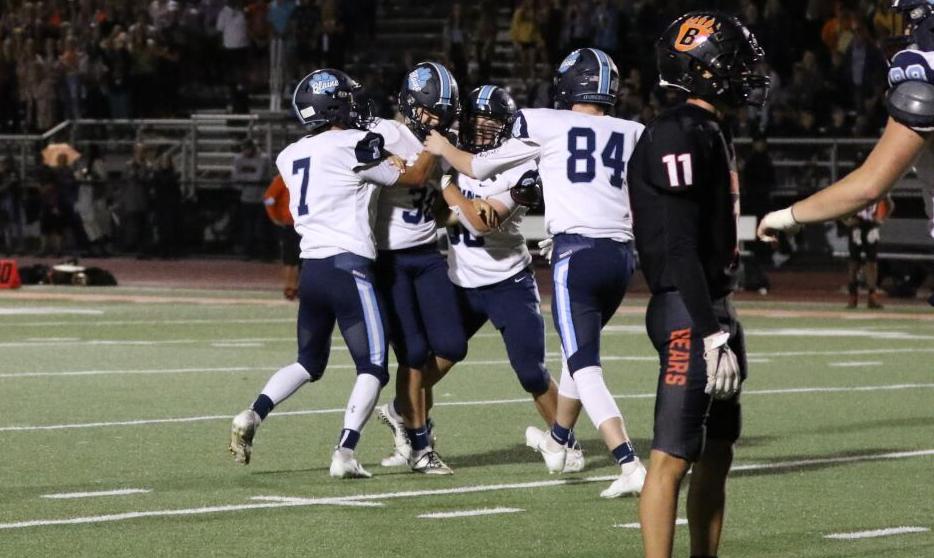 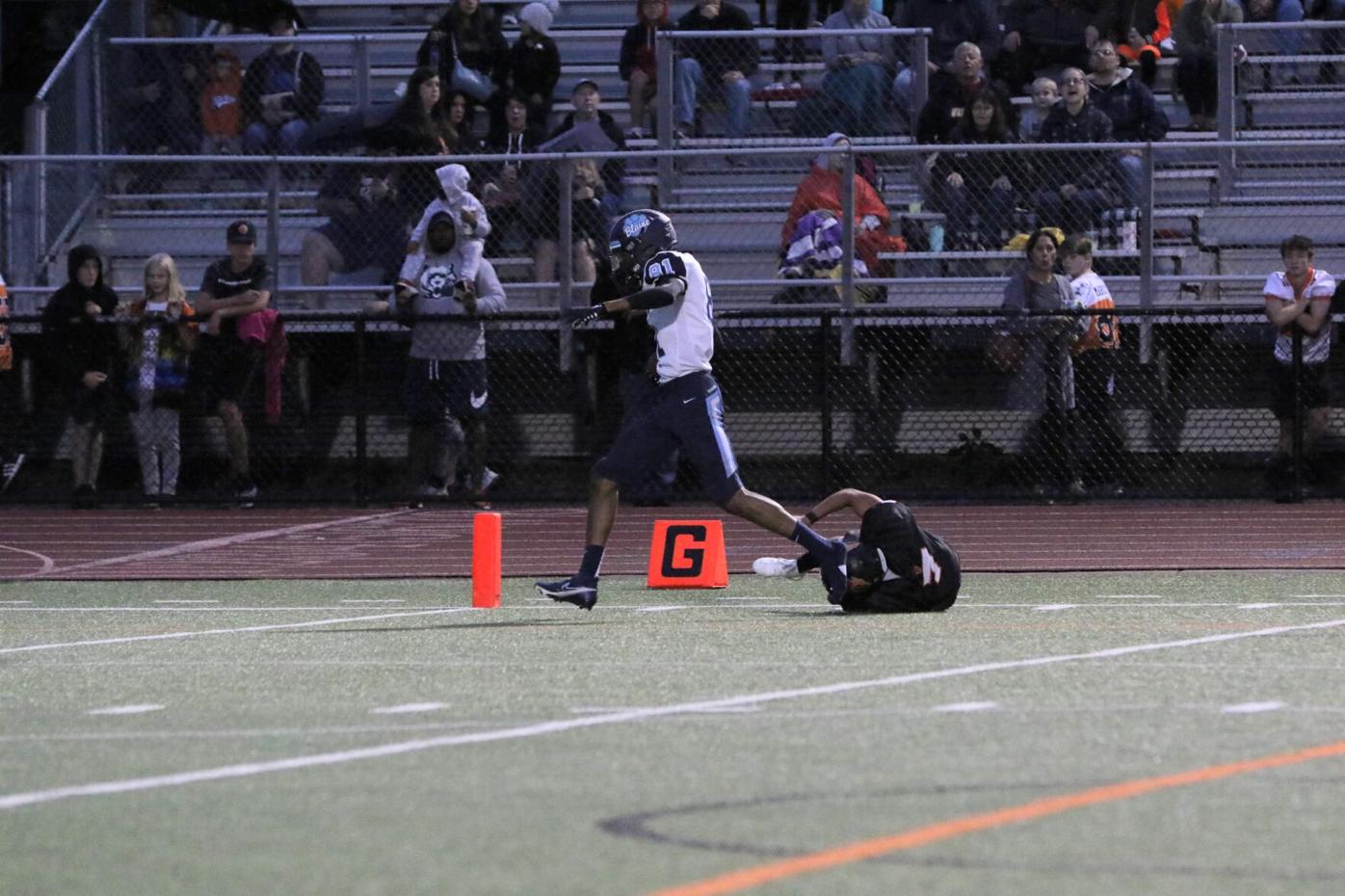 Blaine’s Jordan Reynolds kicks free from a tackle attempt on his way to the end zone Sept. 2.

Blaine’s Jordan Reynolds kicks free from a tackle attempt on his way to the end zone Sept. 2.

Kendall Stadden kicked a 31-yard field goal as time expired to lift Blaine football to a 23-21 season-opening win at White Bear Lake Sept. 2 after the Bears had taken a one-point lead with just over a minute to play. Preston Meyers and AJ Kaul ran for touchdowns for the Bengals, with Kaul also completing a touchdown pass to Jordan Reynolds. Joe Beckman had 14 total tackles, Henry Morris was in on 13 stops and Jackson Braun intercepted a pass to lead the defense.

Spring Lake Park got off to a fast start, then held off Cretin-Derham Hall down the stretch for a 34-24 win to begin the year Sept. 2. The Raiders closed within a field goal in the fourth quarter after falling behind 27-0, but Nate Litke’s second touchdown run of the night sealed the win with two and a half minutes to play. Nick Ojile also ran for two scores and Aaron Clausen added a touchdown run. Freddie Anthony and Owen Spencer each had an interception and Seth Johnson had eight tackles and a sack.

Blaine girls tennis topped Anoka 4-3 Sept. 1, picking up a pair of singles wins from Molly Garber and Anna Carlson and doubles wins from the teams of Grace Halseth/Allison Terry and Clare Merck/Natalie Pratt.