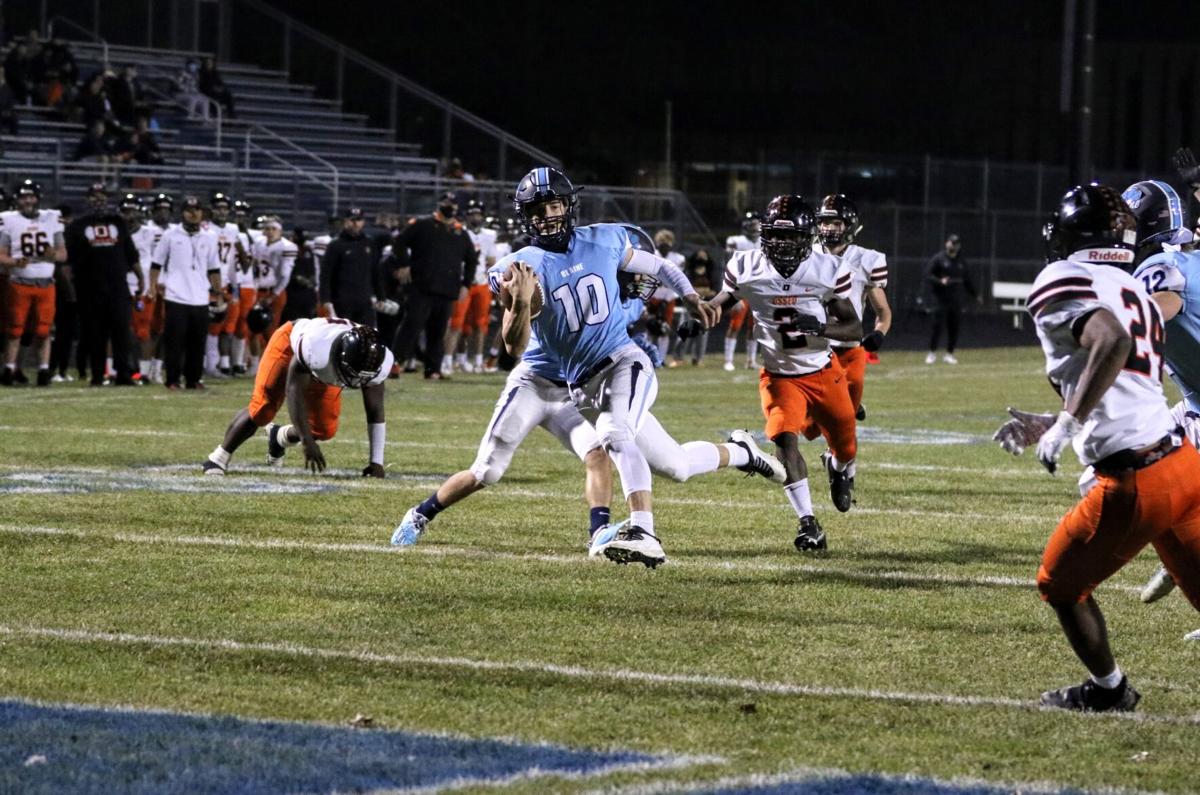 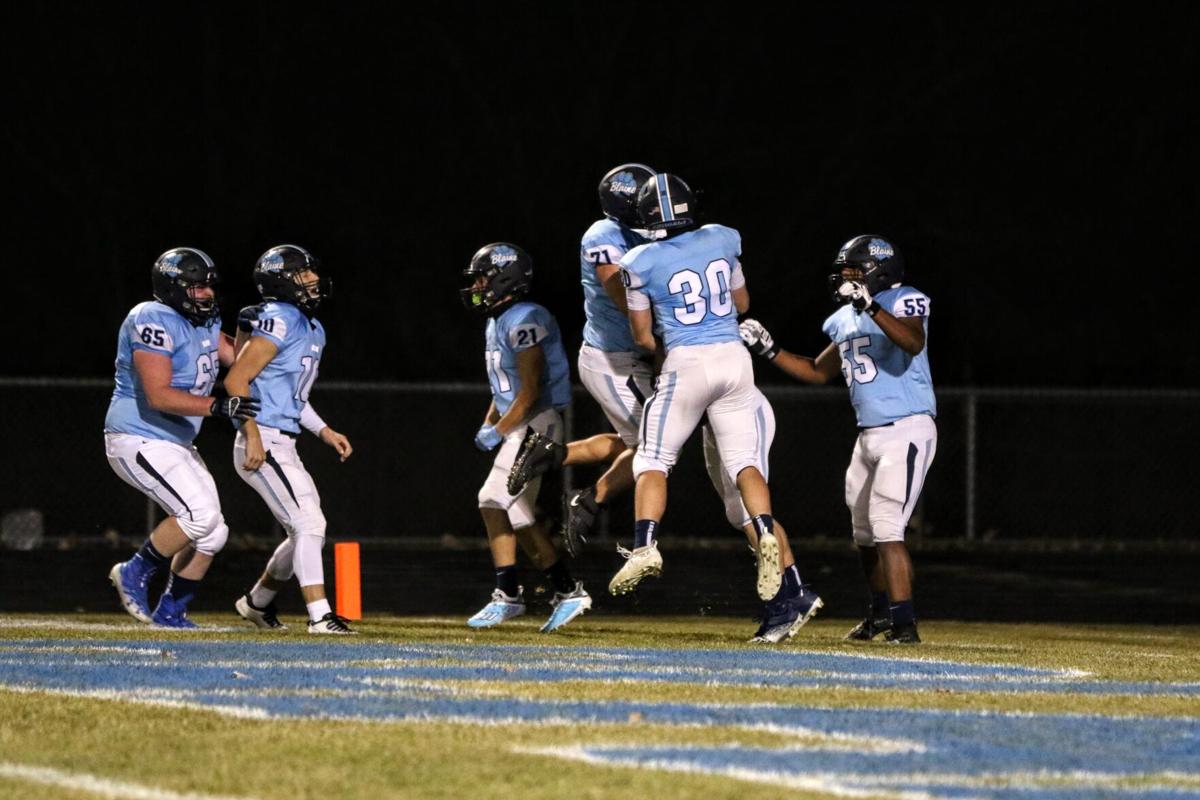 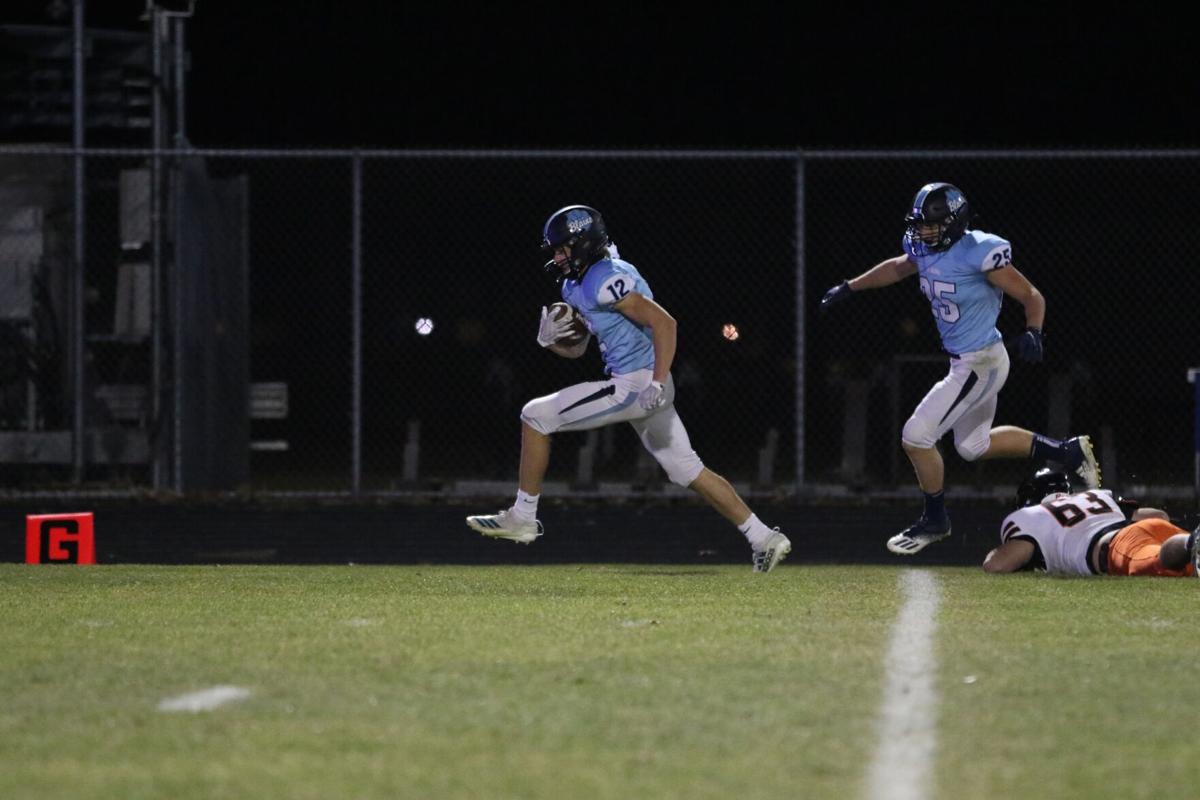 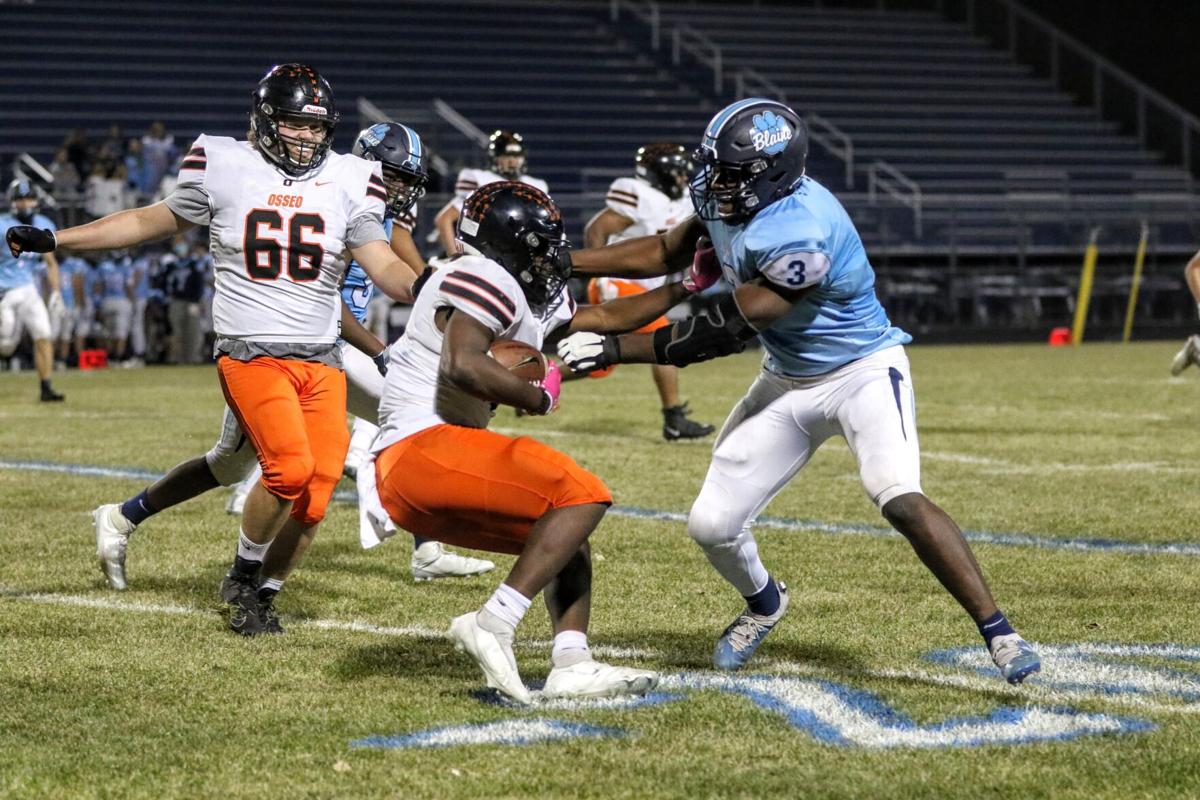 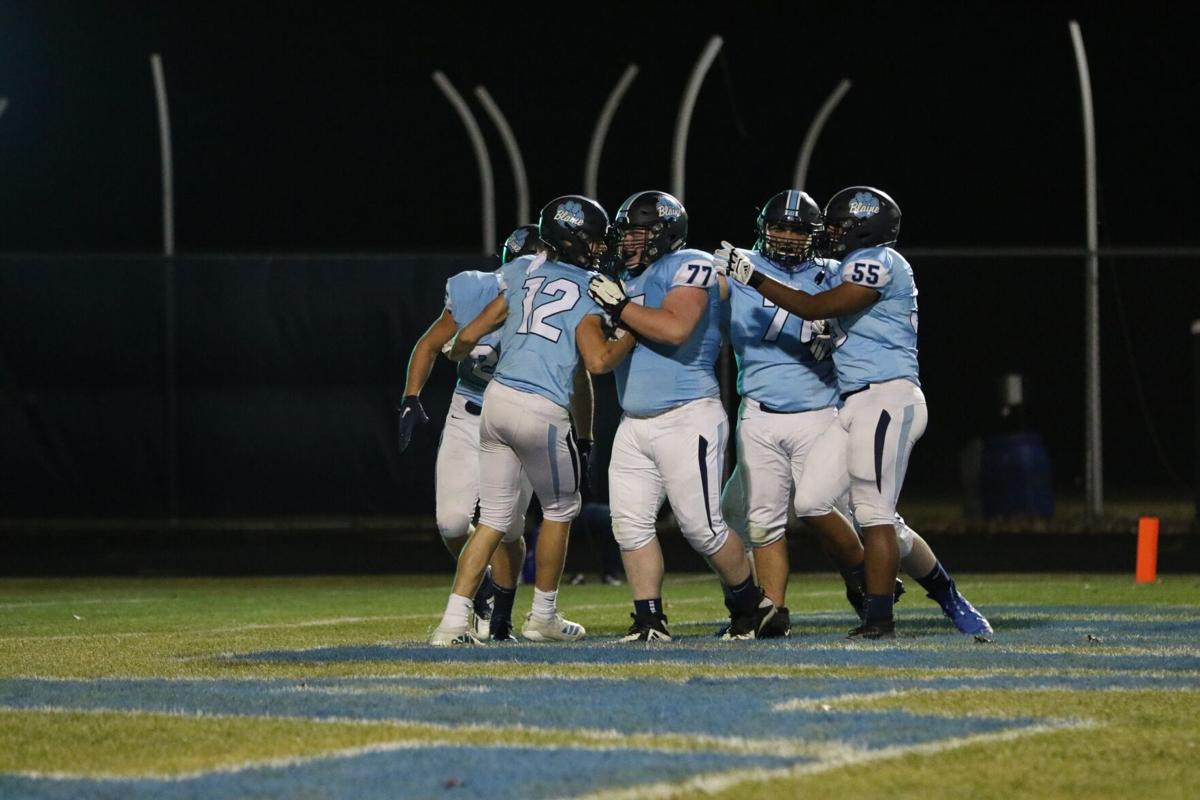 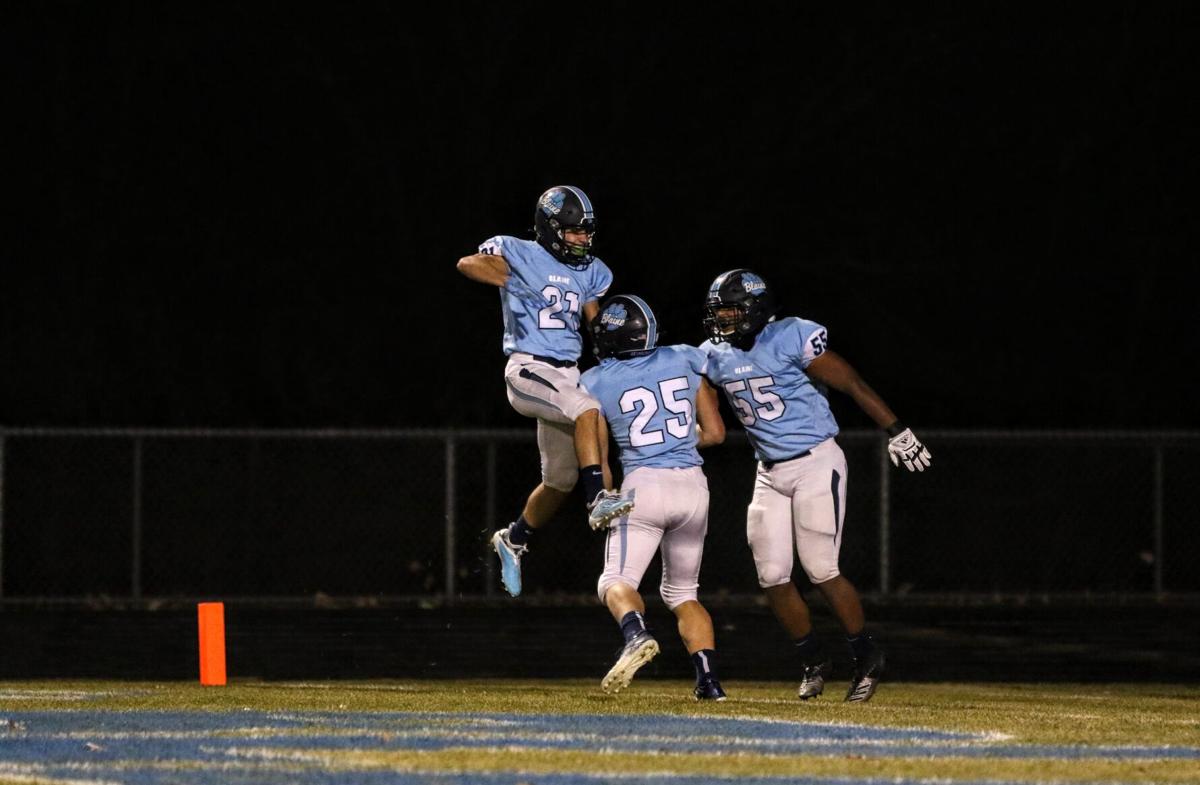 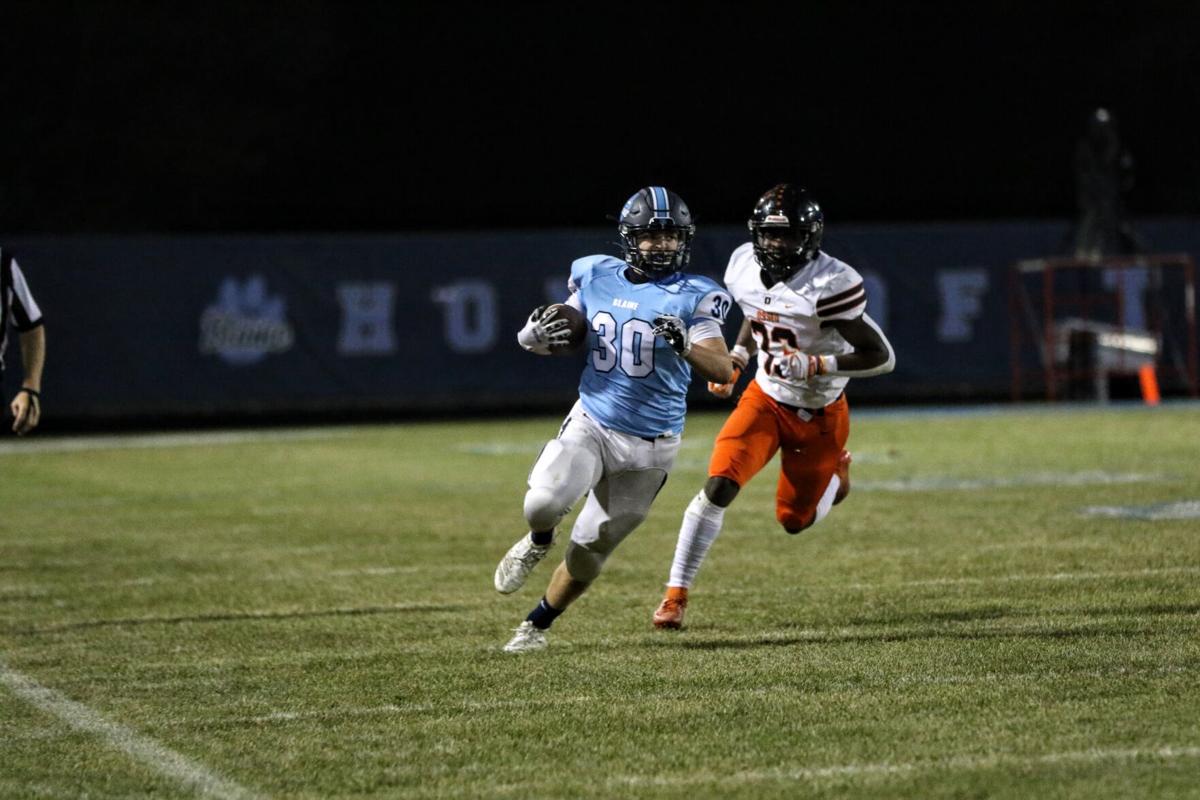 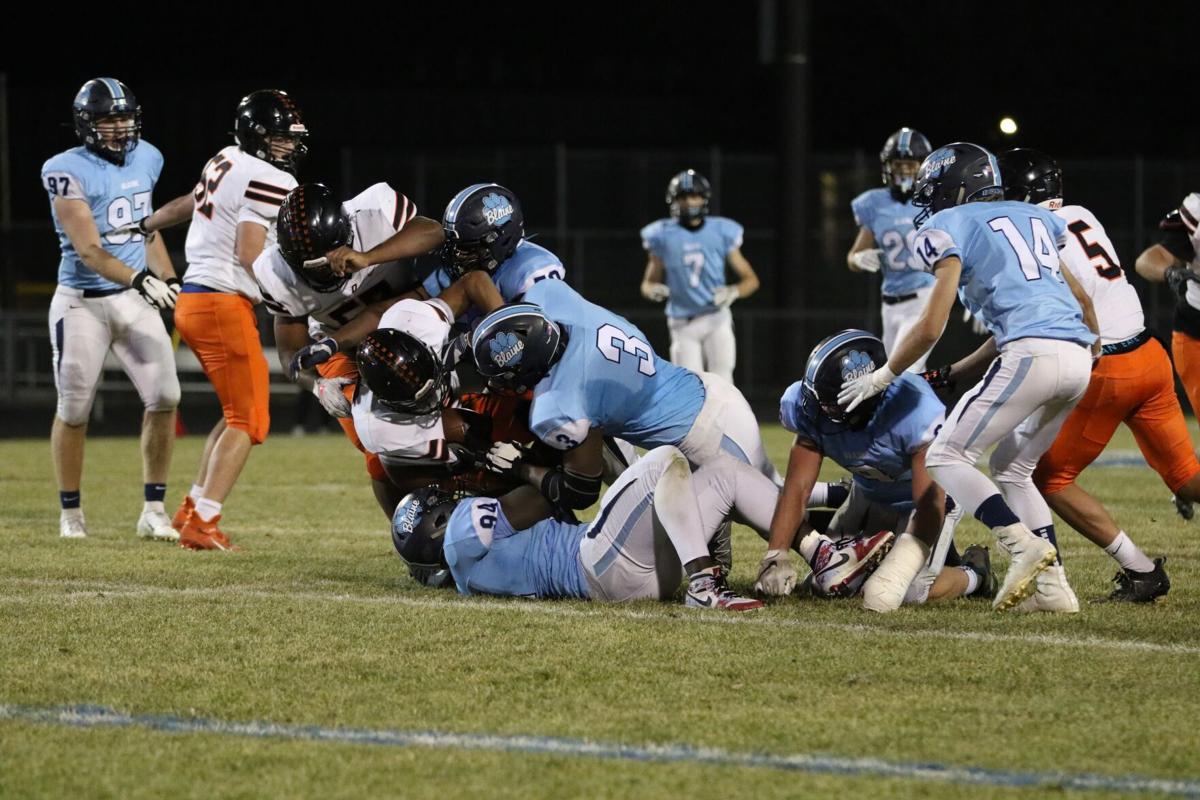 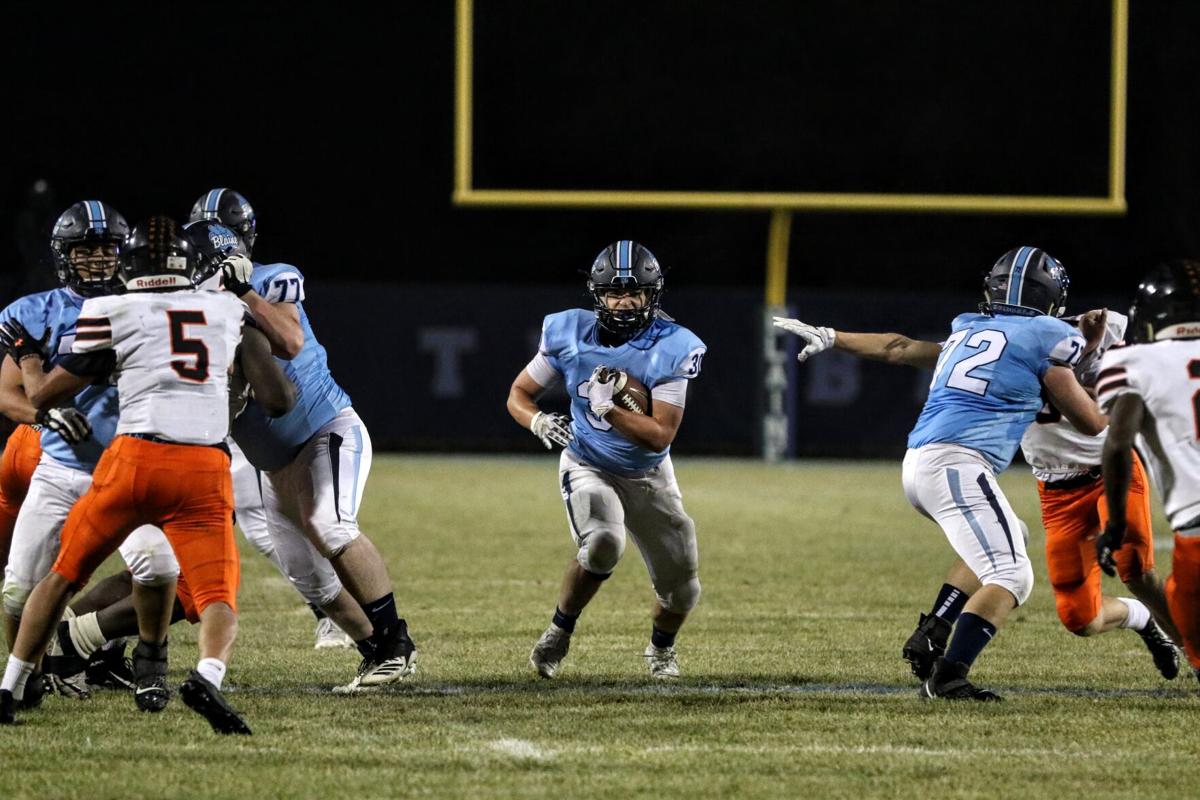 Blaine and Spring Lake Park rolled to their fourth wins, Fridley won a battle of unbeatens and Totino-Grace held off Champlin Park in the fifth week of regular season action Nov. 6.

Blaine’s high-powered offense soared past 40 points for the second week in a row as the Bengals toppled visiting Osseo 45-26 for its fourth win in five outings.

Blaine wasted little time getting going offensively, reeling off a 52-yard touchdown run by Josh Schlangen and a 21-yard scoring dash by Tyler Schuster to take a quick 14-0 lead.

Osseo cut the lead in half late in the first, but a pair of second-quarter connections between Schuster and Schlangen from 15 and 28 yards out helped extend the difference to 28-14 at halftime.

Blaine struck on two more big scores in the third quarter, a 35-yard pass from Schuster to Dylan Muyres and a 62-yard run by Schlangen, to stretch the lead to 42-20 after three quarters, and Parker Dahlman added a late field goal to go along with his six extra points on the night in the fourth.

Spring Lake Park’s defense posted its third shutout in four weeks as it powered past host Hopkins 28-0 to move to 4-1 on the season.

Following a scoreless first quarter of action, the Panthers broke through on a 2-yard scoring run by Aaron Clausen to take a 7-0 lead into halftime.

Spring Lake Park surged out of the break, racking up a trio of third-quarter touchdowns on a 19-yard pass from Clausen to Kaleb Skelly, a 4-yard run by Clausen and a 28-yard pass from Nate Litke to Skelly to put the game out of reach.

Litke ran for 59 yards and Aaron Payne ran for 49 to lead the Panthers on the ground, with Clausen adding 77 yards passing.

Joey Sorenson recorded a team-high nine tackles, with seven apiece by Nathaniel Weniger and Andy Pahkala, six by Nick Ojile and five each by Devario Cadja and Jackson Smith. Ojile also collected a sack and a half, Caden Carsen and Drew Watts picked up a sack apiece, Cadja recovered a fumble and Nolan Tuomi intercepted a pass.

It was the third shutout of the season for Fridley as well, as the Tigers came away with a 21-0 home win over Minneapolis North in a clash of undefeated teams.

The Tigers move to 5-0 on the season with the victory, still having allowed just 15 total points on the year. Minneapolis North entered the night having scored at least 38 points in each of its first four games.

After a scoreless first quarter, Fridley took an 8-0 lead early in the second on a 1-yard touchdown run by Michael Ude, followed by a two-point pass from Tra’Vione Stevenson to Devin Williams.

That margin held deep into the fourth quarter, when the Tigers sealed the win on a 15-yard touchdown pass from Stevenson to Micah Niewald and a 2-yard scoring run by Stevenson.

Chrisitan Crockett intercepted two passes and Niewald also picked off a pass to help keep Minneapolis North off the board.

A strong passing game and another big performance by Hunter Karlson sparked Totino-Grace to a 29-21 home win over Champlin Park to move to 3-2 on the season.

The Eagles jumped out to a 14-0 lead in the first quarter on a 45-yard touchdown pass from Kristoff Kowalkowski to Karlson and an 8-yard strike from Kowalkowski to Sam Fretheim, before the Rebels responded with a pair of scores to knot the score at 14-14 late in the first half.

The Eagles answered with an 80-yard kickoff return for a touchdown by Karlson, though, to take a 21-14 advantage into the break, a margin that would hold through three quarters.

Totino-Grace extended its lead to 29-14 early in the fourth on an 8-yard pass from Kowalkowski to Karlson and a two-point run by Connor Schusted, then held off the Rebels down the stretch to secure the win.

Karlson, who has now totaled 11 touchdowns in the Eagles’ past three games, finished the night with 122 yards rushing. Sean Collins, Schusted and Fretheim each had eight tackles.

Bloomington Kennedy used a pair of fourth-quarter touchdowns to pull away for a 29-7 win over visiting Columbia Heights.

Rockwell finished with 100 yards passing, 33 each to Isaiah Grissom and Chase Oates, while Amil Clark totaled 88 yards on the ground and Saveon Harvey ran for 42.

William Katchmark had nine tackles and forced a fumble and Spencer Alvarez had seven tackles and a sack to lead the defense.