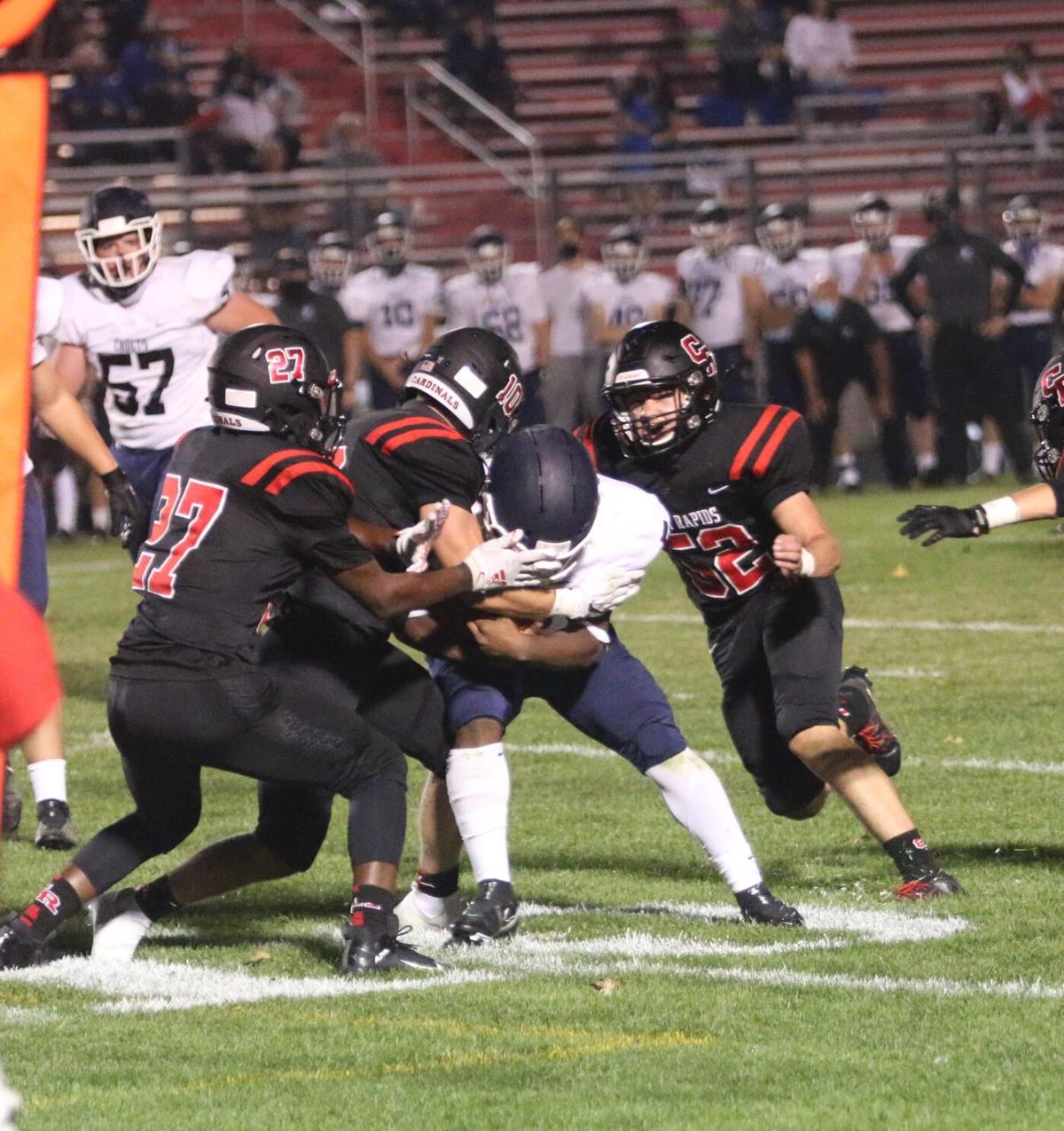 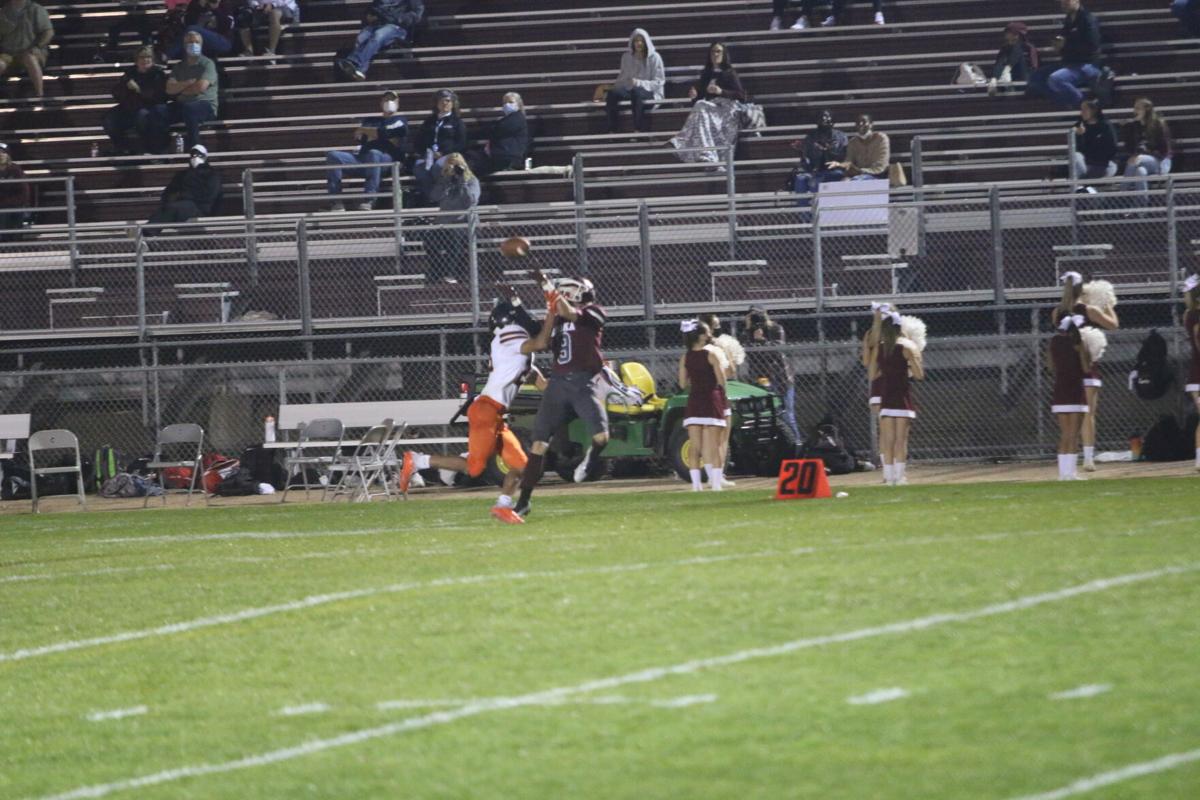 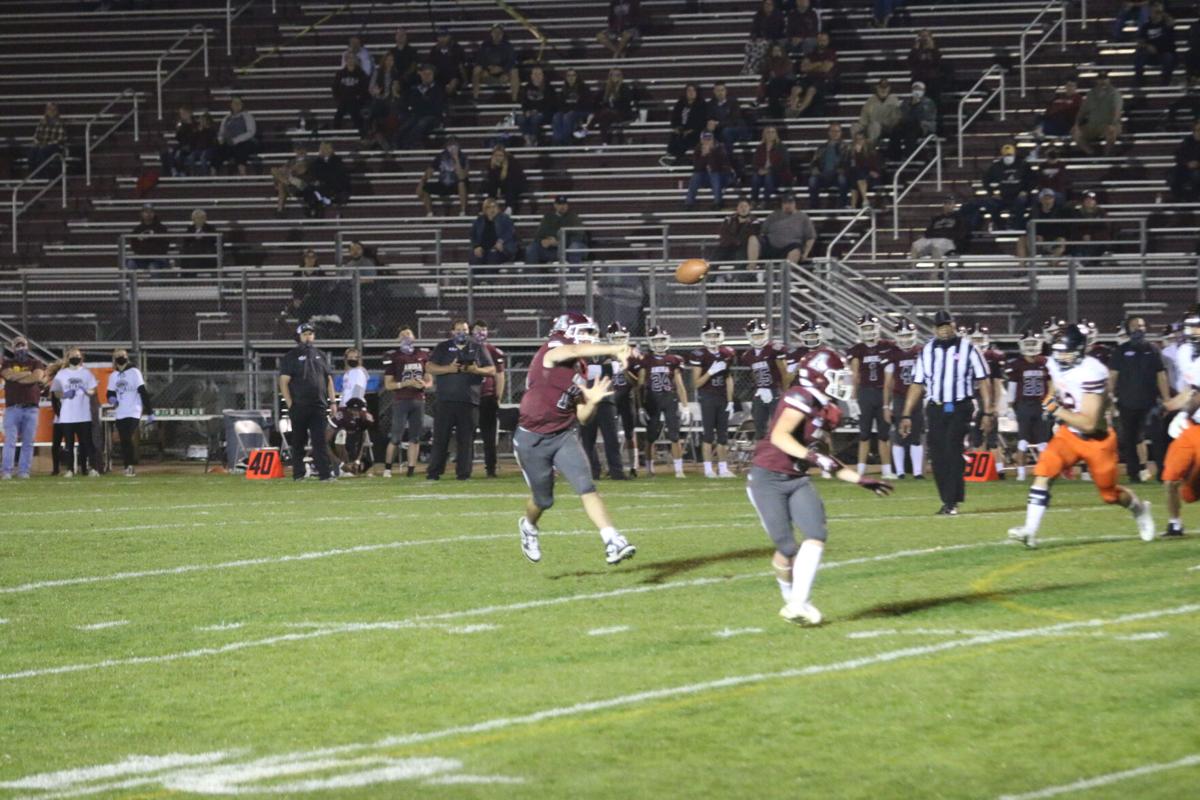 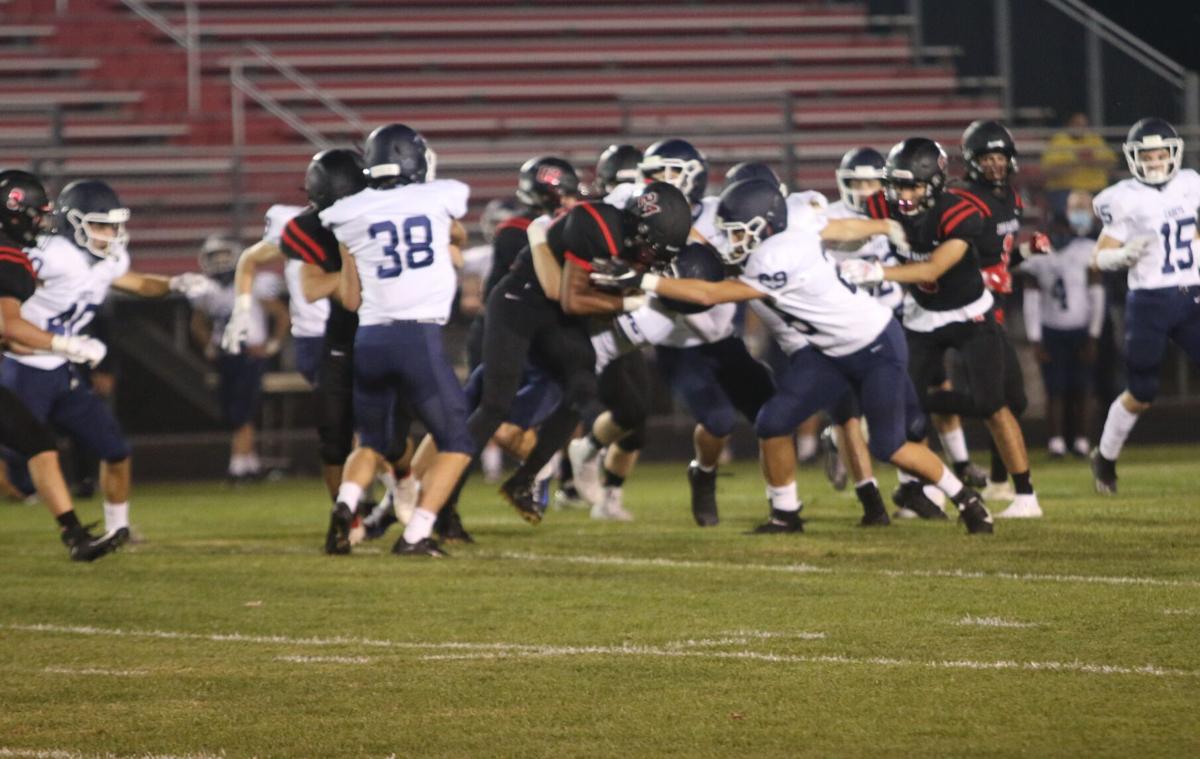 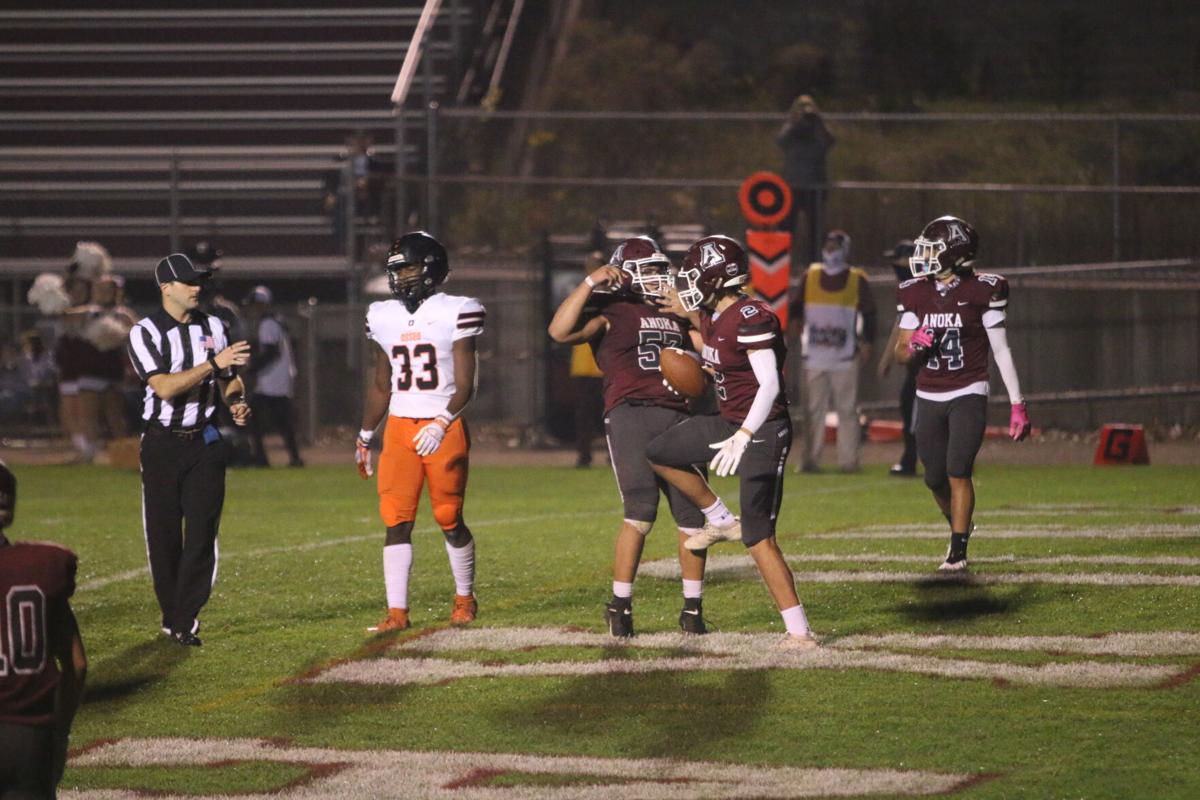 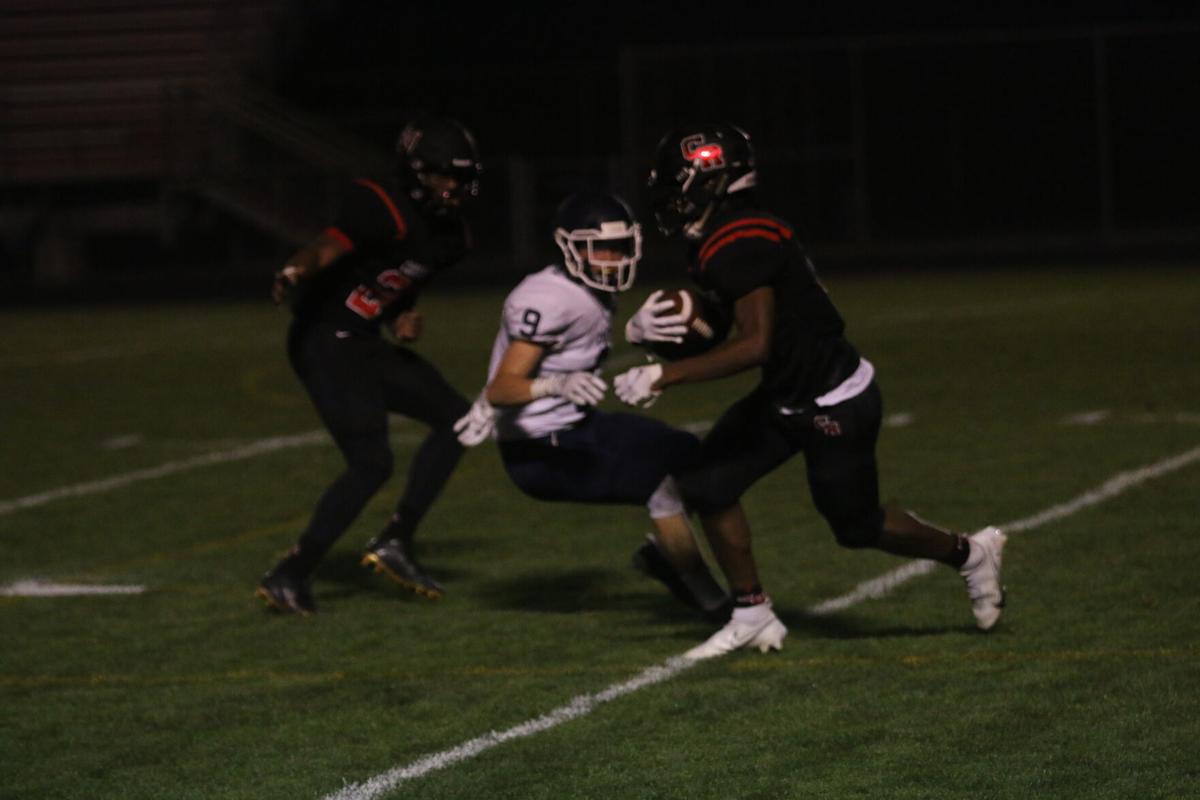 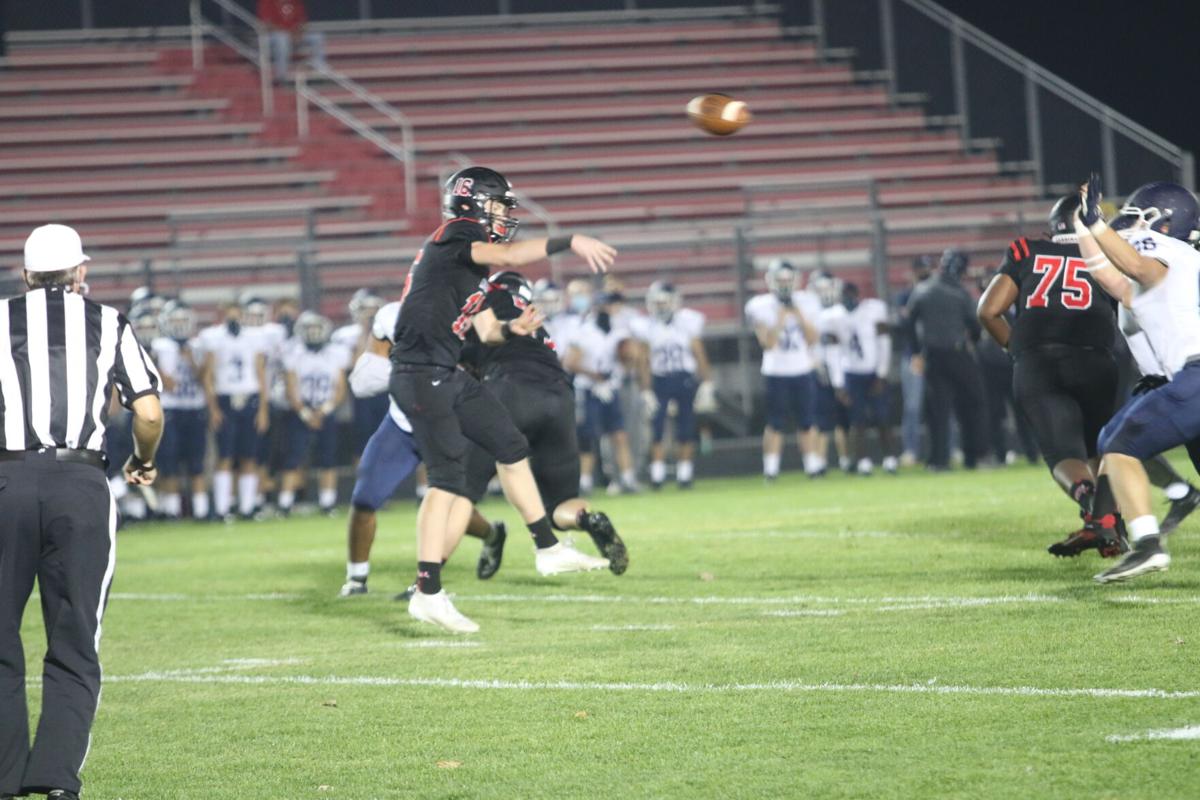 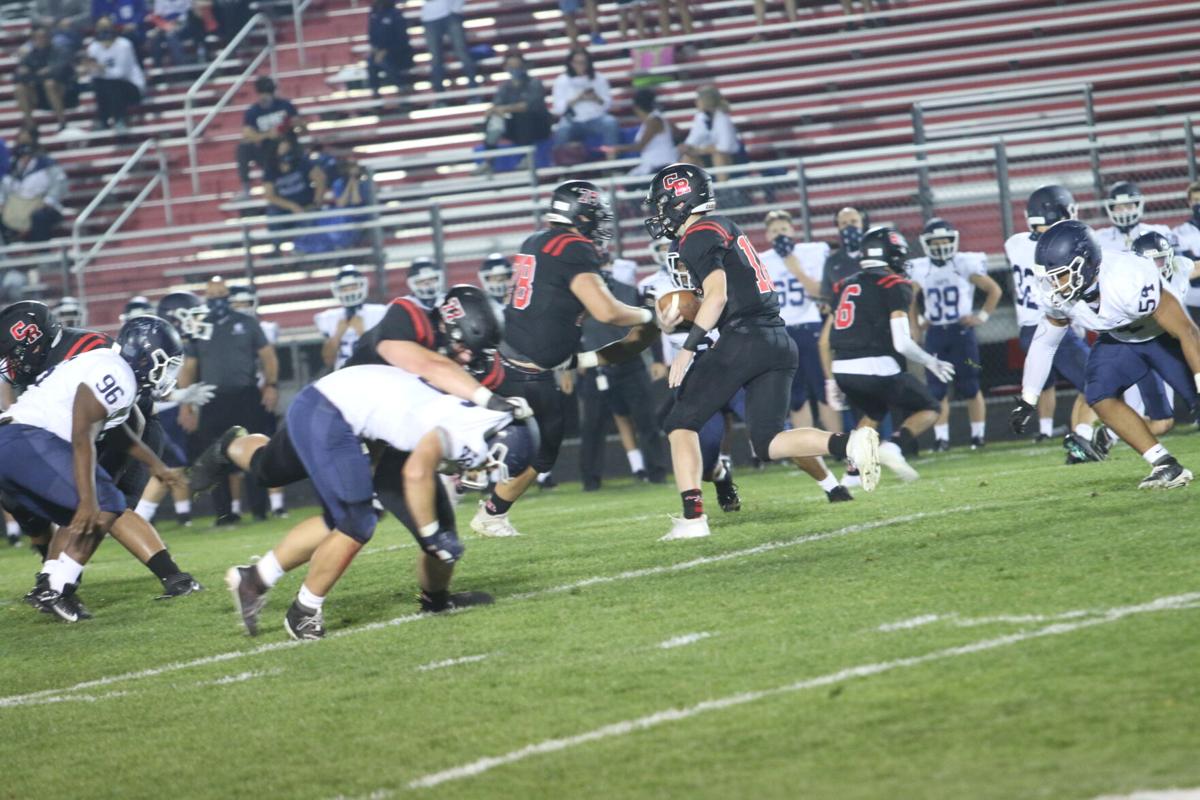 It was a night worth waiting for.

A beautiful October evening that would usually be near the end of the regular season instead marked the beginning of the 2020 season Oct. 9, as area football teams returned to the field following a whirlwind stretch in which the season was initially postponed and then ultimately returned to late fall.

“It was great to be out there again,” Andover head coach Tom Develice said. “The kids, parents and coaches were all excited for high school football to be played this fall. Our kids have been dealt a ton of adversity within the last nine months and they showed their resilience and toughness.”

Andover’s return to the field in particular included a long trek north to take on Bemidji. After an early Lumberjack score, there was no room to operate against the Husky defense, as Andover powered to a season-opening 17-7 victory.

“Our defense did a phenomenal job all night long,” Develice said. “They were put into some tough positions because of field positions and turnovers, but never pointed blame at their teammates. They came out every series ready to play regardless of the situation. Bemidji is a great football team who runs the ball very effectively. I thought our coaches put in a great game plan and our kids executed it to the best of their ability.”

Trailing 7-0 after the first quarter, Andover leveled the score early in the second on a 7-yard run by Caden Wheeler, then took a 10-7 lead moments before halftime on a 20-yard field goal by Ethan Gallipo.

The Huskies stretched their lead to two possessions late in the third quarter on a 13-yard pass from Connor Develice to Sam Musungu, while their defense kept Bemidji off the board the rest of the way to close out the win.

Kollin Weikel posted a team-high 13 tackles, Max Hunter had 10 tackles and a sack and Sean McDermott added seven tackles and a sack. Ethan Guerra had three receptions for 63 yards and Ben Kopetzki caught four passes for 60 yards from Develice, who finished 14-of-21 passing for 189 yards.

“Very proud of the efforts of our guys on Friday night,” Coach Develice said. “We were dealt with some adversity during the game with some injuries, but guys came in ready to play and contribute. We definitely didn’t play a perfect game on offense, defense or special teams, so we have opportunities to grow and get better! Given our schedule, that’s exactly what we need to do. With Elk River this week, it’s another great opponent with a great tradition that we have to be ready for. We must have a great week of practice and stay focused on the goals we set as a team and that begins with showing up every day ready to work hard and get better!”

Also around the area Oct. 9:

Osseo used a strong ground game to come away with a 37-6 win over host Anoka.

Anoka scored its touchdown in the fourth quarter, quickly moving 76 yards in just over two minutes.

A 14-yard scramble by Jacob Deutschman netted an initial first down, followed by an 11-yard screen pass to Dylan Schmidt to move the ball near midfield. Deutschman then connected with Jameson Madland along the sideline for a deep 36-yard completion to move the ball into the red zone, with the drive ultimately capped by a 9-yard scoring strike from Deutschman to Adam Kiatumba.

St. Thomas Academy defeated host Coon Rapids 51-8 in an opener between two of the final four teams standing in Class 5A a year ago.

The Cadets sprinted to a quick 23-0 lead before David Geebli broke free on a short pass from Griffin Thom and took it to the end zone for a 70-yard touchdown reception. Thom then found Jordan Doe, who finished with six receptions for 35 yards, on the ensuing 2-point conversion to close the gap to 23-8.

But the Cadets responded with two touchdowns ahead of the break before putting the game away in the second half.

Alexandria broke open what was a one-possession game at the half in the final two quarters to defeat visiting St. Francis 49-14.

The Saints scored on a 1-yard touchdown run by Devon Disher and an 81-yard pass from Dakota Pennebaker to Austin Walvatne.

In week two, Andover is at Elk River and Anoka is at Eagan Oct. 15, with Coon Rapids at Forest Lake and St. Francis hosting Cambridge-Isanti Oct. 16.