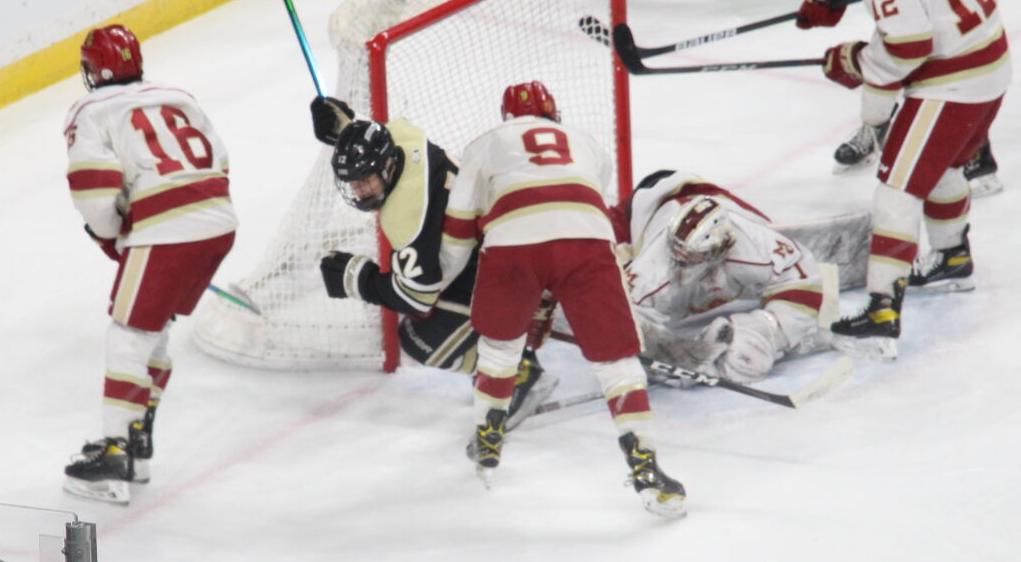 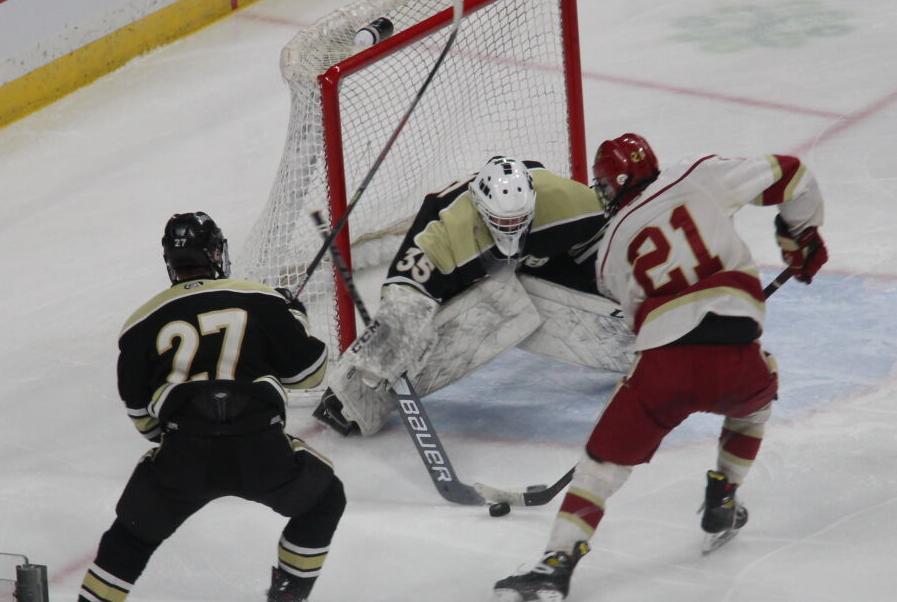 Maple Grove got on the board first 10:21 into the action, before Gavyn Thoreson leveled the score on the power play four minutes later.

The Crimson were awarded a third power play chance late in the period, capitalizing 13 seconds before the intermission to take a 2-1 lead after one.

Maple Grove took advantage of another power play to go ahead 3-1 two and a half minutes into the second period, then stretched it to 4-1 midway through.

The Huskies kept the pressure on though, cutting the margin to 4-2 just before the second intermission on a Garrett Schifsky power play score.

That two-goal margin held most of the third, until the Crimson sealed the win with a goal with three and a half minutes remaining.

Will Larson stopped 30 shots for the Huskies. Weston Knox had a pair of assists and Kyle Law had one.

Andover finished the season 18-3-1, with Maple Grove the lone team to defeat the Huskies this season. It was the second consecutive state appearance for the Huskies.