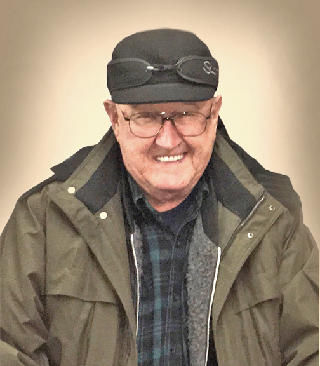 Bob was born on July 26, 1938 to Harold and Viola Swanson in Burns Township, Minnesota. He graduated from high school in 1956 and served in the Air Force. On June 29, 1963 he married Sue (Mary Susanne) Dingmann at St. Timothy’s Catholic Church in Blaine.

Bob worked many different jobs including selling real estate and managing the used car lot he started in 2002. He was an avid hunter and fisherman, an expert mechanic, and loved to spend time with family and friends.

Bob is survived by his wife Sue of 54 years, his three children Bunny (Gary) Vouk of Woodbury, Jeff (Lisa) Swanson of Zimmerman and Debbie (Scott) Niles of St. Paul and 11 grandchildren: Claire, Magdalene, David, William and Josephine Vouk, Joshua and Matthew Swanson, and Kendre, Abigail, Jordan and Erik Niles, as well as his sister Mary Jane (Ernie) Lindahl and many in-laws, nieces and nephews.

He is preceded in death by his parents Harold and Viola, brother Vern, and granddaughter Madeline.

Visitation will be held at the Williams Dingmann Family Funeral Home in Princeton on Thursday, September 28 from 5-8 p.m., and also one hour prior to Mass on Friday at the church in Oak Grove. Mass of Christian Burial will be 11 a.m. Friday September 29, 2017 at St. Patrick Catholic Church in Oak Grove, 19921 Nightingale Street NW. A private family burial will be held at a later date.